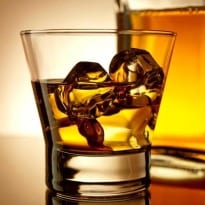 Heavy drinking and drug use in teenage years may boost your chances of developing dementia before the age of 65, Swedish researchers said Tuesday.

Alcohol abuse emerged as the strongest of nine risk factors that could be traced as far back as adolescence, according to a study of 488,484 Swedish men conscripted for military service between September 1969 and December 1979 at an average age of 18.

In the 37 years following their conscription, 487 of the men were diagnosed with young-onset dementia (YOD) at a median age of 54 years.

Sixty-eight percent of the YOD cases identified could be attributed to one or more of the nine factors.

"One case of alcohol poisoning increased the risk by about five-fold," geriatrics professor Peter Nordstroem of Sweden's Umeaa University told Swedish Radio of the study he led, published in the Journal of the American Medical Association.

Other risk factors the team identified included a stroke, drug use, depression, having a father with dementia, a short stature, and high blood pressure.

Young-onset dementia is rare -- about four percent of all cases according to the Alzheimer's Association. In some instances it is caused by a gene mutation, though the exact causes of dementia are not known.

Researchers are working hard to find ways to diagnose and treat dementia in the early stages -- even before the onset of symptoms.

"The identification of other risk factors could improve the understanding" of how dementia develops, the study said.

Listen to the latest songs, only on JioSaavn.com
Nordstroem could not say how many of the 487 patients were carriers of a gene mutation that causes YOD, but he told AFP he estimated "very few".

The findings suggested a healthy lifestyle could lower YOD risk, he added.