Eating Late at Night Could Cause Brain Damage: Study 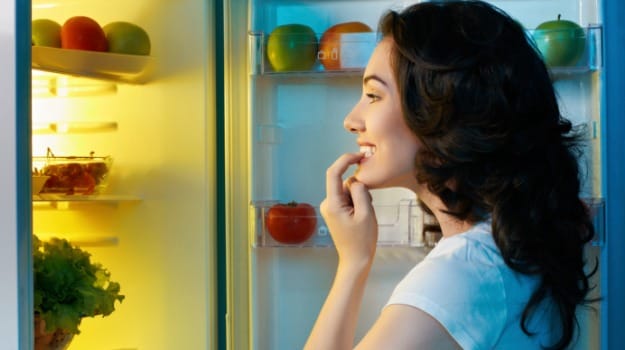 If you're working erratic hours, eating unhealthy food and are having to burn the midnight oil then you're also most likely to be rummaging through the fridge or kitchen cabinet late in the night, looking for some comfort but only in the form of food.

(What to eat to sleep better)

A new study conducted at the University of California, Los Angeles proved how late night eating could cause damage to your brain. This doesn't just apply to late night food binging but also to those who work night shifts and eat their meals at odd hours into the night.

(Worst foods that ruin your sleep)

Eating late at night, especially during the hours when  our bodies think they should be sleeping, could disrupt learning and memory. According to Christopher Colwell, professor, psychiatry and bio-behavioural sciences, University of California, Los Angeles, "We have this illusion that with the flip of a switch, we can work at any time and part of that is eating at any time."

The modern lifestyle of working long hours does not allow the body's need to stick with a specific schedule to remain healthy. The circadian rhythm follows a 24-hour cycle and regulates almost everything in our body, including hormones and behaviour.

Professor Colwell suggested that any disruption of this cycle may not only be harmful for the immune system but even lead to type 2 diabetes.

(Loss of sleep can make you put on weight!)

They also had trouble recognising new objects and showed changes in the part of the brain that involved learning and memory. With this study researchers hope to create more awareness of the hazards of eating late at night and also pave way for more in-depth research.