Loss of Sleep Can Make You Gain Weight 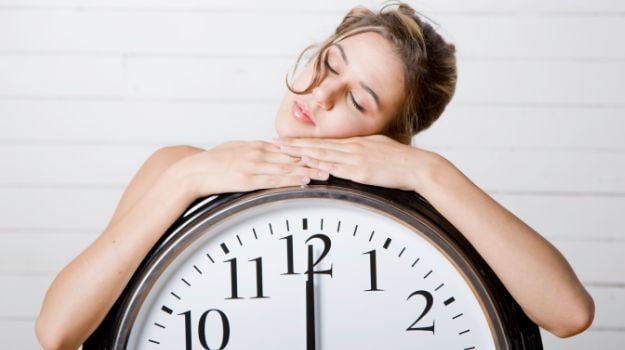 You might be clinging to the ultimate weight loss guide and yet find the weighing scale tipping onto the wrong side. The question that then arises is not what you're feeding yourself but how long are your sleep hours? Maybe all you need is to catch more ZZZs.

Chew on this. Less hours of sleep lead to a dip in energy levels which may tempt you to reach out for caffeine or a snack that fuels you up but also adds calories that turn into extra weight. Before you know it you're trapped in a vicious cycle, with all the fatty foods consumed through the day, guilt and stress punctuating a sound sleep.

A new research has emerged to support how sleep is strongly linked to your diet. Lack of adequate rest at night leads to poor food choices during the day, the findings show. During the study, that appeared in the journal Obesity, women participants who slept for less than six hours every night consumed more calories than those who slept for seven hours. It added that those who slept less were also likely to choose less nutritious or unhealthy foods than those women who got seven hours of sleep every night. The quality of sleep also matters.

Not getting sleep is a common lifestyle concern that plagues almost all. Less sleep also alters your hormonal balance. It releases more of ghrelin and cortisol that increase appetite or make your feel hungry and less of leptin which directs your stomach to stop eating. Thus, making you eat more than what you actually want to. This is not to say that if you spend more time sleeping, you shall lose more weight but only that sleep deprivation slows down our metabolism, which makes our body cringe for more food. On an average, it's best to get at least 7.5 hours of sleep.

Another recent research, that would get all-nighters frowning, uncovered that waking up to the bright morning light could help you keep the weight off. A paper from the Public Library of Science resource PLOS One suggested that about thirty minutes of outdoor light before midday could lower body mass indexes (BMI is a measure of body fat). While watching your weight is a constant battle, most of us end up eating our will power. A few simple tweaks in your daily routine and you will never have to succumb to your weight woes.