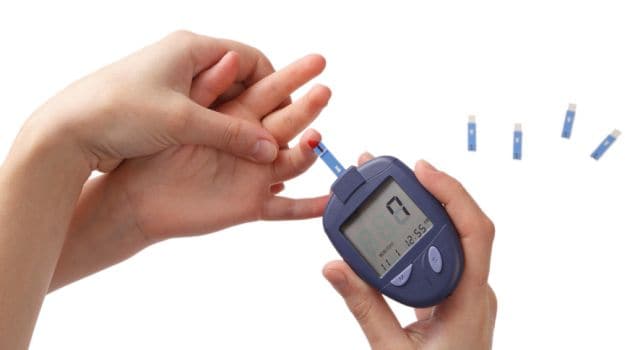 About seven million children in the U.S. have fatty livers, and nearly a third of those kids also have prediabetes or diabetes, according to a new study.

So-called nonalcoholic fatty liver disease (NAFLD) "is one of the biggest risk factors for the development of type 2 diabetes in children," said Dr. Jeffrey B. Schwimmer, director of the Fatty Liver Clinic at Rady Children's Hospital in San Diego. "The prevalence of type 2 diabetes is approximately 1 in 2,500 in the general population, 1 in 200 in children with obesity, and 1 in 15 in children with NAFLD," Schwimmer said.

Nonalcoholic fatty liver disease (NAFLD) can cause scarring in the liver and can lead to liver failure and the need for a transplant. It may be related to genetics, obesity and some medications. It can be treated but not cured. In adults, NAFLD often coincides with abnormal sugar metabolism. People with NAFLD who have type 2 diabetes have a higher risk for a more severe form of liver disease called nonalcoholic steatohepatitis (NASH), which carries the highest risk for cirrhosis, end stage liver disease, and liver cancer.The researchers studied 675 kids under age 18 with NAFLD. The average body mass index (BMI) was 32, above the clinical cutoff for obesity of 30. Twenty-three percent of the kids with NAFLD had prediabetes and almost seven percent had type 2 diabetes. Girls with NAFLD were five times as likely as boys to have type 2 diabetes. More than 40 percent of kids with type 2 diabetes also had NASH, compared to 34 percent of kids with prediabetes and 22 percent of those with normal blood sugar, the researchers reported in JAMA Pediatrics.

When the liver gets fatty, some of its metabolic pathways are progressively impaired, including insulin sensitivity, said Dr. Valerio Nobili, head of the Liver Research Unit at Bambino Gesu Childrens Hospital in Rome, Italy. Nobili was not part of the new study.

Currently, treatment for NAFLD involves optimizing lifestyle including nutrition, physical activity, and mental well-being, he said. Based on this study, kids with NAFLD should also have blood sugar tests and be monitored for progression of liver disease, diabetes and the consequences of both, he said. "Although children with NAFLD overall are typically boys, girls with NAFLD are more likely to have diabetes," Schwimmer said. "Special attention should be given to children with the combination of type 2 diabetes and NASH, as they are at particularly high risk for premature morbidity and mortality."