How Physical Activity Can Help the Elderly Stay Mentally Sharp 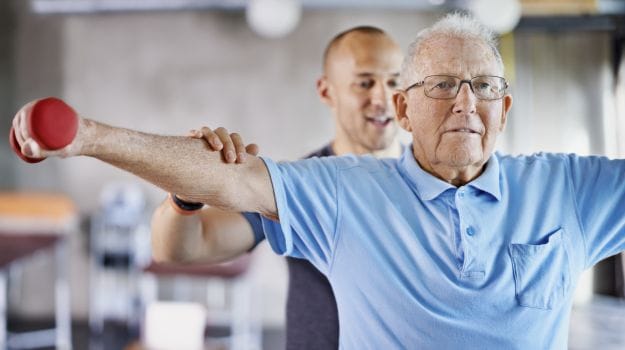 Older adults who regularly engage in moderate to vigorous physical activity perform better in mental tasks as they are more flexible in terms of brain functions, a new study says. These findings could help doctors determine how physically active you are simply by imaging your brain.

(30 Minutes of Exercise is Key to Health in Old Age)

"We looked at 100 adults between the ages of 60 and 80, and we used accelerometres to objectively measure their physical activity over a week," said one of the lead researchers Agnieszka Burzynska, professor at Colorado State University in the US. The researchers also used functional magnetic resonance imaging (MRI) to observe how blood oxygen levels changed in the brain over time, reflecting each participant's brain activity at rest.

(How to Keep Your Brain Sharp as You Age)

Promoted
Listen to the latest songs, only on JioSaavn.com
They evaluated the microscopic integrity of each person's white-matter fibers, which carry nerve impulses and interconnect the brain. "We found that spontaneous brain activity showed more moment-to-moment fluctuations in the more-active adults," Burzynska noted. "In a previous study, we showed that in some of the same regions of the brain, those people who have higher brain variability also performed better on complex cognitive tasks, especially on intelligence tasks and memory," Burzynska pointed out.

CommentsResearchers also found that, on an average, older adults who were more active had better white-matter structure than their less-active peers. The new findings were reported in the journal Plos One.