The Key To Boost Your Metabolism and Burn More Fat 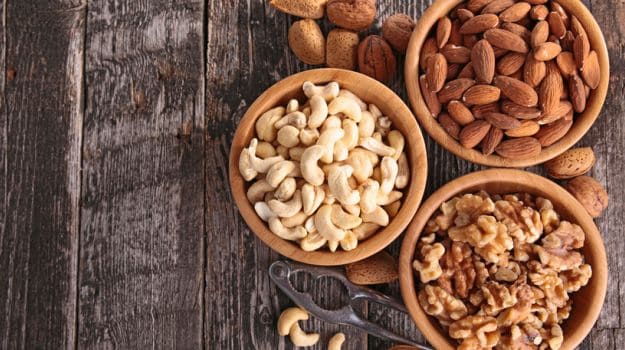 Highlights
The battle against weight loss seems like a lifelong struggle and therefore, we're always looking for ways to make it easy. A new study reveals that copper plays a critical role in metabolism by helping move fat out of cells and into the blood stream for use as energy.

Copper naturally exists in foods like oysters, liver, beans and nuts. Researchers from the University of California highlight the importance of copper in our diet and the role it plays in nutrition. "If we could find a way to burn fat more efficiently, this could be a big contribution to dealing with obesity and diabetes," says Christopher Chang, a professor of chemistry and molecular and cell biology at UC. He explains that without enough copper, fat builds up in fat cells which remains un-utilised. "Copper is a brand new class; in a sense we have basically added a fourth letter to the alphabet, in terms of metal elements that contribute to the language of signalling," said Chang, who also is a faculty scientist at Lawrence Berkeley National Laboratory and a Howard Hughes Medical Institute investigator.

Promoted
Listen to the latest songs, only on JioSaavn.com
The study shows that not does copper help in boosting your metabolism it is also a key signaling molecule in the brain, tamping down over-excitation of nerve cells. Simply put, it help in regulating nerve cells and it is believed that the brain plays a role in brain diseases of metabolism and the immune system like obesity and inflammation. "There are potentially connections between your fat tissue and the brain,” Chang says. However, experts warn against having copper supplements as too much copper can lead to imbalances in other essential minerals.

According to Delhi-based Nutritionits Dr. Anshul Jai Bharat, "Copper is a micronutrient which is required in a small quantity. It regulates the reactions taking place in the body like carbohydrate-protein breakdown and basic enzyme reactions. Sea-food and meat, as well as chocolate are some foods that contain copper and can be included in your diet."