Fizzy drinks as harmful as drugs for teeth 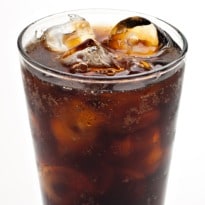 It's time to cut down on fizzy drinks. New research indicates that they are as bad for your teeth as drugs.

The study is based on the experience of woman in her 30s. She drank two litres of
diet fizzy drinks daily for three to five years and experienced tooth decay similar to that suffered by a 29-year-old methamphetamine addict and a 51-year-old habitual crack cocaine user, reports femalefirst.co.uk.

"The key part of this research is the fact the damage was caused by frequent consumption of fizzy drinks," said Nigel Carter, chief executive of the British Dental Health Foundation.

Promoted
Listen to the latest songs, only on JioSaavn.com
Carter pointed out that frequent consumption of sugary drinks is unhealthy for mouth.

"Every time we eat or drink anything sugary, teeth are under attack for up to one hour. Saliva plays a major role in neutralising acid in the mouth, and it takes up to an hour for that to happen.

Comments"If sugary items are constantly being consumed, the mouth is constantly under
attack and does not get the chance to recover," explained Carter, adding: "The increase in consumption of sugary drinks is one of the key reasons for dental decay, particularly in children."