Food and Beverage Companies are Finding Creative Ways to Reach Kids Online, Here's What to Know 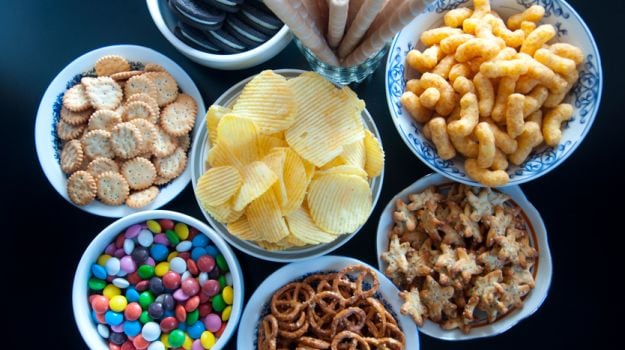 Highlights
I have witnessed my sons on social media posting images of simulated Gatorade coolers being poured over their heads, sending digital Valentine Day's cards made by Taco Bell reading "Nacho average Valentine," and voting on new potato-chip flavors. These are not the passive ads of my childhood. They are clever ways corporations reach children and teenagers, encouraging them to interact with a brand and promote it to their friends.

Valentines certainly appear innocent enough. But will manipulating an image of a Gatorade cooler really entice kids to drink more of the colorful stuff?

According to studies, the answer is yes. Marketing junk food to kids is proven to be effective at increasing a child's preference and consumption of advertised foods.

Many things make children susceptible to advertising, including peer pressure. In 2007, Mountain Dew launched its DEWmocracy campaign, in which people played an online game to create a new soda flavor. In the next phase, participants were encouraged to recruit others to vote for their favorite flavor finalist. Not long after the campaign, a marketing trade publication ranked Mountain Dew No. 1 on tweens' list of "Newest Beverages" they had tried.

I believed my kids were safe from the influence of advertisers. We've discussed how commercials during Major League Baseball games are simply paid advertisements by companies encouraging consumers to buy their products. But when my boys rattled off a long list of brands with which they regularly engage, I realized a new set of conversations was due. If they are going to employ technology as much as they do, they might as well understand it.With information from the Yale Rudd Center for Food Policy and Obesity, the Federal Trade Commission, Common Sense Media and Digital Ads, my boys and I are now schooled on tactics brands use to reach younger audiences and create lifelong fans. Perhaps, armed with this knowledge, they will take pause the next time they reach for a Gatorade. Perhaps.

Companies use gaming, animation and virtual realities to convince consumers that what they are watching or playing is not marketing. Cereal companies have created adver-games, where products were prominently featured, codes to get to the next level were found in cereal boxes, and players could enter a new area only by inviting their friends to play.

When customers download a company's app, the brand can reach them through notifications and GPS tracking. These efforts are designed to trigger immediate purchases by reaching consumers when they are near a specific store or fast-food restaurant. Some restaurants deliver coupons to students' cellphones just as they leave school.

Listen to the latest songs, only on JioSaavn.com
If customers give food and beverage companies access to their contacts or personal information via a mobile app, they can analyze the data to reach the company's best potential customers. They then can offer a free product on a birthday and host events targeted toward the customer's interests.