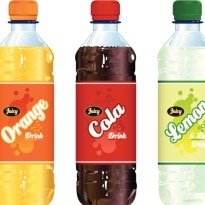 Sufferers of gout might soon be advised to forgo sugary drinks to avoid pain and flaring up of the crippling affliction, according to a New Zealand study released Thursday.

It showed that when the variant of the gene SLC2A9 behaved correctly, it helped transport uric acid out of the bloodstream and facilitated its excretion through the kidney.

"But when people with this gene variant consume sugary drinks, the apparent function of the gene variant reverses, such that we think uric acid is instead transported back into the blood stream and the risk of gout is increased," Tony Merriman, associate professor in University of Otago's biochemistry department, said in a statement.

"So not only does sugar raise uric acid in the blood due to processing in the liver, but it also appears to directly interfere with excretion of uric acid from the kidney. This was a quite unpredictable interaction," he said.

"Daily 300-millilitre serving of sugar-sweetened drink increases the chance of gout by 13 percent," said the professor.

He recommended people with gout to avoid sugary drinks.

Gout is caused when uric acid in the blood crystallises in the joints, causing them to become inflamed. It is the most common form of arthritis in New Zealand, particularly among men.

Comments The disease has strong links with other metabolic diseases such as diabetes, heart and kidney disease.