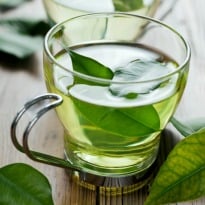 Green tea and fermented papaya are preventive means for diabetes, researchers at the Centre of Excellence for Biomedical and Biomaterials Research at the Mauritius University have concluded.

Bahorun said the results are very significant because they show a reduction of risk factors for diabetes and cardiovascular diseases without medical intervention.

The researchers asked 77 participants, who had reached a pre-diabetic stage to drink three cups of green tea before meals for 14 weeks. Apart from this, 78 participants took three cups of hot water everyday for the same period, followed by a two-week weaning period.

Later, all the participants were tested for the bio-markers such as rate of glycemia and lipid, immune system, functioning of liver and kidneys, inflammation and ferrous toxicity.

"We discovered that green tea reinforced the anti-oxidant defences of those who had reached the pre-diabetic stage. And most importantly, the tea did not have any negative impact," Bahorun said.

Another group of 127 people participated in the study on the impact of fermented papaya on diabetes.

Out of these, 50 consumed two packets of fermented papaya per day for a period of 14 weeks and 77 others took two glasses of hot water each day for the same period, followed by a two-week weaning period.

Then, they were tested for glycemia, cholesterol, urea, creatinine and uric acid.

Promoted
Listen to the latest songs, only on JioSaavn.com
"Those who consumed two packets of fermented papaya showed several positive changes vis-a-vis the diabetes risk factors," the professor said.

The results further showed that when taken in small doses, the fermented papaya could help in the promotion of oral hygiene.