Harmful Drinking Among Middle-Class Over-50s is a 'Hidden Phenomenon' 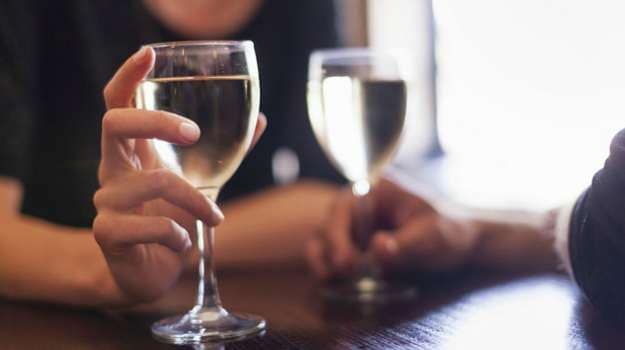 The research author said: “Because this group is typically healthier than other parts of the older population, they might not realise that what they are doing is putting their health in danger.” Photograph: Alamy

People over 50 who are healthy and highly educated are more at risk of harmful drinking than less well-off peers, says research.

People over 50 who are healthy, active, sociable and highly educated are at more risk of harmful drinking than their less well-off peers, according to research. A study of more than 9,000 people has concluded that drinking among the over-50s is a hidden "middle class" phenomenon, which should be targeted with explicit age-specific guidelines on consumption.

Age UK's chief economist, Professor Jose Iparraguirre, author of the research, published in online journal BMJ Open, writes: "Our findings suggest that harmful drinking in later life is more prevalent among people who exhibit a lifestyle associated with affluence and with a "successful' ageing process. Harmful drinking may then be a hidden health and social problem in otherwise successful older people. Consequently, and based on our results, we recommend the explicit incorporation of alcohol drinking levels and patterns into the successful ageing paradigm."

The research was based on responses to the English Longitudinal Study of Aging (Elsa) " which gathers data from a representative sample of men and women aged 50 and over " in 2008/9 and 2010/11.

Iparraguirre found that reporting better health and higher educational attainment were positively associated with an increased risk of harmful drinking. "Because this group is typically healthier than other parts of the older population, they might not realise that what they are doing is putting their health in danger," he said.

Income was was also associated with higher risk, but only for women. Neither being depressed or lonely were linked to increased risk of harmful drinking, although being single, separated or divorced was, although only for men. Analysis of the responses showed that the risk of harmful drinking peaked for men in their early 60s and then gradually tailed off, whereas for women risky drinking fell as they aged. Iparraguirre suggested that the current group of over 50s may be carrying on levels of higher consumption, developed in their younger years, into later life.

The report says that alcohol consumption is growing among older people in England. By contrast, the proportion of British adults saying they do not drink and the proportion who say they binge-drank have both fallen.

The study used national guidance on drinking, which says that consumption of 22 units or over for men, or 15 units or over for women, carries "increasing risk" or, if over 50 or 35 units respectively, "higher risk". The Royal College of Psychiatrists has previously said that there should be a separate recommended safe drinking limit for over-65s of 1.5 units of alcohol a day.

Alcohol Concern's chief executive Jackie Ballard said: "Harmful drinking is a real issue for middle-aged and older people, many of whom are regularly drinking above recommended limits, often in their own homes. These are the people who, if they develop alcohol related illnesses, tend to require the most complex and expensive health care due to the mental and physical problems caused by drinking too much. Unless society starts to take this seriously and acknowledges the health problems and the cost to society which too much alcohol can cause, the situation will only get worse."

Rosanna O'Connor, director of Alcohol Drugs and Tobacco at Public Health England, said: "Around one in five adults regularly drinks at levels that can damage their health, leading to serious, but preventable, conditions such as stroke, some cancers, depression and liver disease. Many are unaware of the harm caused, especially from drinking frequently throughout the week.

"The NHS Health Check, available to everyone in England aged 40"74, includes an alcohol risk assessment and advice for those whose drinking is putting their health at risk."