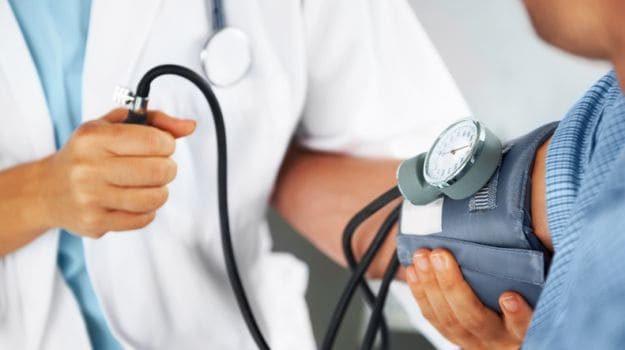 Hypertension is the single major risk factor for stroke, which is a highly preventable medical condition globally, irrespective of age and sex, reveals a study led by an Indian-origin researcher.

Stroke which is caused when poor blood flow to the brain results in cell death, is the leading cause of mortality and disability, particularly in low-income and middle-income countries.

The findings showed that 47.9 per cent of stokes were caused as a result of hypertension whereas physical inactivity caused 35.8 per cent. "The study confirmed that hypertension is the most important modifiable risk factor in all regions and is therefore the key target in reducing the burden of stroke globally," said Salim Yusuf, Professor at McMaster University in Ontario, Canada.

Further, hypertension was found as the highest reason behind strokes in Southeast Asia (59.6 per cent), whereas in western Europe, North America and Australia it caused 38.8 per cent of strokes. Alcohol intake was found lowest in western Europe, North America, Australia but at 10.4 per cent and 10.7 per cent it was highest in Africa and south Asia, respectively. Physical inactivity was found as the highest reason of strokes in China. In addition, ischaemic stroke -- caused by blood clots -- accounted for 85 per cent of strokes and haemorrhagic stroke -- bleeding in the brain -- accounted for 15 per cent of strokes, was found as the two major types of strokes. "The study included better health education, more affordable healthy food, avoidance of tobacco and more affordable medication for hypertension and dyslipidaemia -- abnormal amount of lipids in the blood -- as global population-level interventions to reduce stroke," Yusuf added.

Governments, health organisations, and individuals should proactively reduce the global burden of stroke, said the paper published in The Lancet.

For the study, the team included 6000 participants from 22 countries and later an additional 20000 individuals from 32 countries in Europe, Asia, America, Africa and Australia.