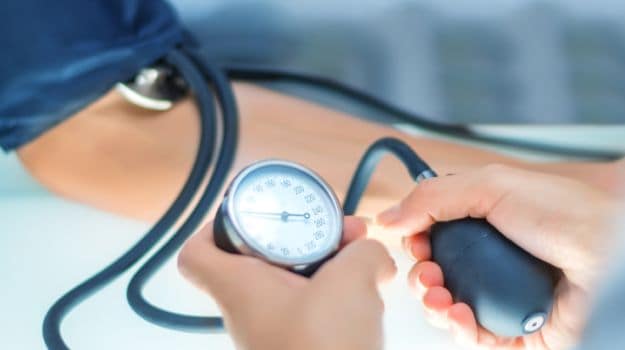 Highlights
One of the heavyweights in the category of lifestyle diseases that are becoming mass killers, hypertension or high blood pressure is definitely a cause of concern. Characterised by elevated blood pressure, it is the principal cause of heart-attacks, strokes and kidney failure. Most often it is diagnosed in the later stages when it is difficult to reverse the condition. This is because it doesn't reflect immediate symptoms. A person is diagnosed with high blood pressure when the readings are consistently 140 over 90 or higher through a number of weeks, and this could be due to a number of factors, including stress and lifestyle habits.

With 30 per cent of deaths in India attributed to hypertension and diseases triggered by it, health experts across the country cautioned youngsters to regulate their eating habits and improve fitness in order to prevent the health condition, which has risen 20 per cent among the youth.

The experts also said that due to the unorganised medical health system in India, youth were becoming victims of hypertension and other major health complications triggered by it, including brain hemorrhage. According to a study done by Sapienza University of Rome, high blood pressure can also damage nerve tracts that connects different parts of the brain. Using a new imaging technique, it found that the area of brain damage detected is linked to difficulties in certain cognitive skills, decision-making and the ability to regulate emotions.

"One in four individuals above 25 years in India has hypertension and it is increasing at an alarming pace. Reducing salt intake, stopping tobacco use, reducing stress by slowing down, yoga or meditation and increasing physical activity are some of the key strategies to reduce blood pressure," said A. Muruganathan, president, Hypertension Society of India.

Emphasising that one should always get checked up for the condition early, he said that ignorance can lead to a stage where hypertension cannot be reversed.

"Reversing it may be more difficult if not impossible. Get your blood pressure checked every year as hypertension often has no symptoms and delayed diagnosis can cause harm to some key organs like kidney, eye, brain, heart etc. If diagnosed with hypertension, take drugs without fail and change your lifestyle," he said.

Currently the world has over 9.4 million people suffering from hypertension and the figure is on a constant rise.

S.S. Das, head of critical care and cardiology at Kolkata-based Mercy Hospital, said, "The current scenario is such that youngsters constantly are on working hours who hardly get the time to exercise and follow a proper diet. This leads to hypertension. Diabetes is found commonly among youths in the 20s and 30s age group. A sedentary lifestyle only exacerbates the situation."

Asked if other countries were also witnessing their youths suffering from hypertension, he said, "The scenario in the world is the same, but as the medical system in Western and South Asian countries such as China is very much organised and focused, they are easily able to tackle the problem."

The experts also said that many of people indulge in self-medication, which leads to other problems including thickening of blood vessels and kidney ailments.

Kenneth Thorpe, Chairman, Partnership to Fight Chronic Disease, said: "To efficiently tackle modern lifestyle diseases like hypertension, we need to move from curative to preventive care. Regular health check-ups, reduction of salt, sugar intake, promoting physical activity, early detection and treatment are some of the possible ways to have a preventive approach towards such diseases."

According to him, over 20 crore people are on the verge of stepping into the dangerous zone of hypertension. He said lifestyle modifications, including salt restriction, diet full of fruits and vegetables are more important in day-to-day life.