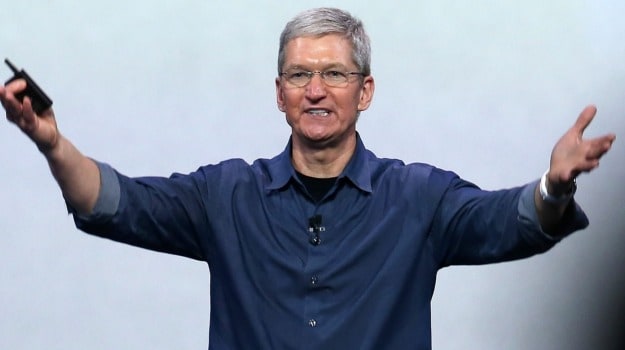 Apple Watch comments may be seen as distasteful in some quarters, but the dangers of sedentary lifestyles are more than a marketing line

Sitting is the new cancer? As marketing soundbites for a new gadget go, it's one of the strangest in recent memory.

Yet that's the phrase used by Apple chief executive Tim Cook - admittedly with a neatly-distancing "a lot of doctors think" preface - when banging the drum for his company's upcoming smartwatch.

Related: Is sitting down bad for my health?

Is sitting really the new cancer, though? On one level, obviously not. Cancer is still the same cancer that it has always been, and many people with personal experience of it will bridle at language describing it like an out-of-date fashion trend.

Bear in mind, though, that Cook is one of those people: he watched his colleague and friend Steve Jobs battle with and ultimately succumb to pancreatic cancer in 2011. He won't have used the word lightly, so what was he getting at?

The issue, in both cases, is the health risks of an over-sedentary lifestyle. There are certainly a lot of doctors thinking (and writing) about that. For example, a 2012 study of the links between sedentary behaviour and various health problems, which has been regularly quoted since.

Based on research involving almost 800,000 people, it suggested that people who spent the most time sitting or lying down while awake had a 112% increase in the risk of diabetes; a 147% increase in "cardiovascular events" - including heart attacks - and a 90% increase in death due to those events.

The previous year, research published by the American College of Cardiology focusing on "screen-based entertainment time" (i.e. loafing about on the sofa) suggested "raised mortality and CVD (cardiovascular disease) risk regardless of physical activity participation".

In January 2015, a new review of 47 studies backed up that conclusion, citing increased risk of heart disease, cancer and Type 2 diabetes as being linked to sitting down too much - again, regardless of other physical activity.

Finally, the World Health Organization claims that physical inactivity is "the fourth leading risk factor for global mortality" - behind high blood pressure, tobacco use and high blood glucose, since you ask - causing an estimated 3.2m deaths a year. The WHO also claims that even in 2008, around 31% of adults weren't active enough.

So, "sitting is the new cancer"? "Over-sedentary lifestyles are contributing to lots of deaths" would be a less controversial way of putting it, even if it makes for a slightly less punchy headline.

Related: Time will tell: only 1% of Britons own a smartwatch

Of course, you don't need a $349 smartwatch to tackle this problem. If you have a desk-based job, remember to get up once an hour for a stretch and a stroll, or set an alarm on your smartphone (or - gasp! - your non-smart watch) to remind you.

Drink so much water you have to go to the loo regularly. Go for an hourly fag break . Consider buying (or asking your boss for) a stand-up desk to spend the day on your feet. And so on.

The first marketing challenge of a new gadget is to convince us that it's solving a problem. Thus far, some of the problems being "solved" by smartwatches - from phone-less phoning to our deep, animalistic need for yet another device to beep when someone likes our Instagrammed sandwich - have been fatuous.

Too much sitting down will kill us? That's a real problem. Tim Cook might have phrased it differently, and there are plenty of alternatives to Apple Watch as the solution, but it shouldn't surprise anyone that he's identified personal inactivity as a selling point for his company's next big product.