John Abraham: As 'Rocky' Turns 46, We Take a Peek Inside His World of Fitness 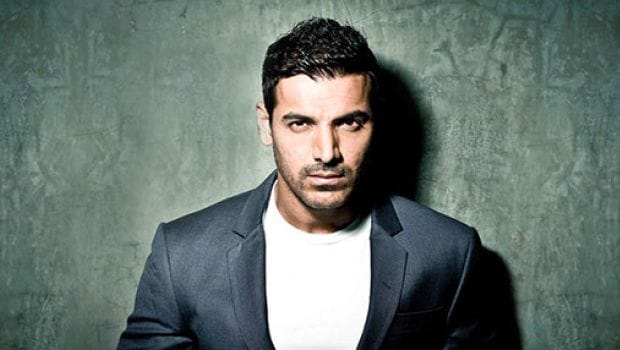 He has the country smitten ever since his debut in Jism, which was released in 2003. His lean physique and jaw-dropping good looks have been an inspiration to many fans across the country. Winner of the Gladrags Manhunt Contest, 1999, John Abraham is unarguably one of the hottest men in Bollywood. The Garam Masala actor is known for his unwavering passion for fitness and a never ending fervor to remain at the top of his game, always. As the Dishoom star celebrated his 46th birthday on 17th December 2018, we caught up with his long time fitness trainer Vinod Channa to get an inside scoop on what makes John so effortlessly fit.

"You will never find anyone who is so strict with his diet. It is impossible to influence John. He doesn't even take cheat days," said Vinod Channa, celebrity fitness expert.

Vinod Channa has been in the business for over 17 years. He has been training John for close to eight years now. "I started training John sometime before he began shooting for Force I. I must say, he is one of the most effortless to work with. He is genetically very strong and endowed with a frame that is inherently good looking. I therefore don't really had/have to work very hard with him, just a little bit of push and his body starts reacting naturally," noted Mr. Channa.

According to Vinod, John trains at least four times a week for an hour with each day focusing on different parts of the body. "The entire body can be divided into six large muscle groups and during every workout session I ensure that at least two groups are being exercised. I throw in a mix of cardio, yoga, flexibility training along with weights to give him a balance of strength, stamina and agility," shared Vinod.

We got Mr. Channa to answer a set of questions revolving around John's fitness and diet and here is what he had to share:-

John's strongest and weakest areas when it comes to fitness?

A. As I mentioned before, I think he is naturally endowed with a great physique. His metabolic rate is superb; his legs and abdominal strength are enviable. On the other hand, I think he needs more work on his calves. His body is usually very stiff and I am currently working on making him more flexible and light on his feet. He has always been good with weights and lifting. He is the one to run away from cardio, jogging or more dynamic forms of exercises like burpees and others - that's the balance we are trying to achieve.

What is his standard diet?

A. See, diet changes as per the movie for which he is preparing. If his character demands an alpha-male kind of a look, we go a bit easy on carbs and bulk him up; otherwise he gets a limited quantity of good carbs in a day along with enough fiber, protein and other essential micronutrients. John doesn't like eating meat, so his meals usually have fish, eggs, green tea along with fresh fruits and vegetables. When he was training for Force I, he needed to build a huge body for which he was eating at least 25 eggs (whites) a day, as compared to his Rocky Handsome days when he was supposed to be lean and chiseled, and therefore the numbers of eggs in a day went down to 9. I usually don't believe in stopping him from eating anything. He has always been very particular about his diet and therefore makes informed decisions. He never has anything oily, refined or processed in nature. He loves oats and honey and prefers a mix of bajra and ragi for his chappatis.

The biggest challenge, ever?

A. This was when we were in Budapest while filming Force II and John met with a horrible injury during one of the action scenes. His knee was swollen to twice its size. There were multiple surgeries and it was next to impossible for him to move for months altogether. As a trainer it was the most challenging experience for me. I had to ensure that he remained fit. Since he wasn't able to workout much, I had to trim his diet down accordingly. Slowly and gradually we took baby steps and came back on ground. Initially, I focused on his upper body while slowly taking him forward with walking, jogging and light leg workout. As I mentioned earlier, John's recovery and strength is laudable, in no time he was up and running, training and shooting for the film. The best thing is that he is patient; he listens and never gives up.

A. We both have a vision to attain a level of fitness where we are able to walk, jog and healthily even at the age of 90. I don't believe in fighting with nature. Our body is accustomed to a way of living for years, we can make an addition of physical activity and a habit of taking informed lifestyle decisions to make the most of our lives, naturally.

Your message to John on his birthday?

A. If you are reading this John, please this weekend go ahead and cheat! He doesn't let slip-ups happen at all. A little bit of cheating - but in moderation - is important to help give our system a reboot and stave off monotony and plateaus. I wish him all the luck, success and good health.

And so do we, happy 44th Mr. Abraham - we hope you sneak in some cheat treats to celebrate!