Love Sushi? Eating Raw Fish May Put You at Risk of Parasite Infection 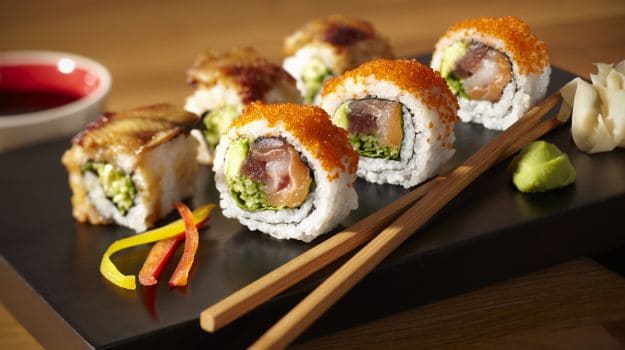 Highlights
Not everybody likes this Japanese appetiser of raw fish, but those who have acquired the taste for it, rave about it and are hooked. Sushi is a Japanese delicacy that garners attention due to the use of raw fish. Most people are sceptical about it, but sushi masters are known to have mastered the skills of using fresh cuts of raw fish in food without hampering one's health. However, with more and more restaurants across the globe offering sushi in their menus, not all follow the strict rules that come attached to creating sushi. According to a study done in Portugal, the raw fish that is used in sushi may have parasites such as tiny worms that can reside in the human gut and cause serious health hazards. An unseen hazard of eating raw or undercooked fish is on the rise in Western countries, where dishes like sushi are becoming increasingly popular.

Health experts often point out the ill-effects of eating raw or undercooked meat as there are chances of them containing harmful microbes. When you eat such meat, these microbes then gain entry to your internal system, particularly the stomach, and can cause havoc.

Promoted
Listen to the latest songs, only on JioSaavn.com
Doctors at Hospital da Luz Lisboa and Centro Hospitalar de Lisboa Ocidental in Portugal treated a 32-year-old man who had severe upper gut pain, vomiting and fever for a week. A blood test had indicated mild inflammation, and the area below his ribs was tender. However, it was only when he revealed that he had recently eaten sushi that the doctors suspected that he might have anisakiasis.

Anisakiasis is caused by eating raw or undercooked seafood infected with parasites of the species Anisakis. Endoscopy - the insertion of a long tube with a camera on the end down the gullet and into the stomach - revealed the larva of a worm-like parasite firmly attached to an area of swollen and inflamed gut lining.

After the larva was removed, the man's symptoms cleared up. Laboratory analysis showed that the larva belonged to the species of Anisakis. Most of the reported cases to date have been in Japan, where a raw fish diet is very common, researchers said.