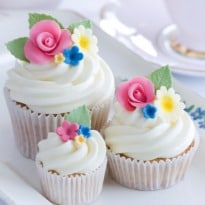 If sugar is your drug of choice then you definitely need to turn things around. A new study that appeared in the journal 'BMC Public Health' has revealed some startling facts about sugar consumption and the rate of tooth decay. According to the researchers, people should get no more than 3% of their daily calories from sugars as it can result in considerable tooth decay.

World Health Organisation (WHO) recommend adults get no more than 10% of their energy intake from 'free sugars' but researchers from the University College London and London School of Hygiene and Tropical Medicine say that people should aim for not more than 3%. The study analysed the effect of sugars on tooth decay, which is one of the most common non-communicable disease in the world, affecting almost 60 to 90% of school going kids and many adults.

Researchers examined public health records from countries across the world to assess diets and dental health of large populations of both adults and children. They found that those who accounted for 10% of energy intake or calories from sugar went through the costly burden of tooth decay.

Aubrey Sheiham, emeritus professor at the University College London' department of epidemiology and public health said, "Tooth decay is a serious problem worldwide and reducing sugar intake makes a huge difference. Data from Japan was particularly revealing, as the population had no access to sugar during or shortly after the Second World War. We found that decay was hugely reduced during this time, but then increased as they began to import sugar again."

Promoted
Listen to the latest songs, only on JioSaavn.com
Researchers found that the incidence of tooth decay was much higher in adults than children and increased dramatically with any sugar consumption above 10 % of energy. Even in children, an increase from near-zero sugar to 5 % of energy doubles the prevalence of decay and continues to rise as sugar intake increases.

So how can you prevent rotting teeth?
Researchers recommend a series of steps health officials could take to reduce sugar intakes, including sugar taxes and reforms to food packet labelling. Philip Jame added to this by saying, "We need to make sure that use of fruit juices and the concept of sugar-containing treats for children are no longer promoted and explicitly seen as unhelpful."