Most Fatal Type of Stroke Declining Along With Smoking Rates 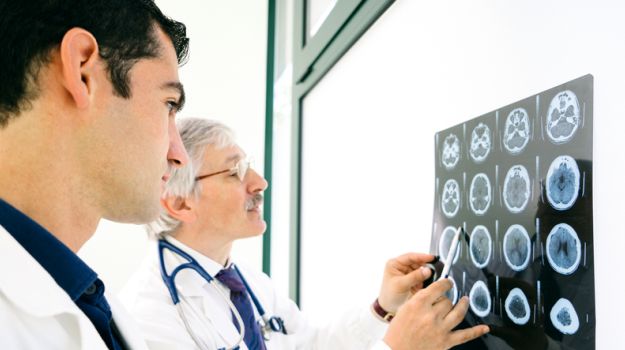 The type of brain bleeding that causes the most lethal kind of stroke has declined substantially since 1998, possibly as a result of falling smoking rates, according to researchers in Finland.

Bleeding in the space between the brain and the thin tissue covering it, known as subarachnoid hemorrhage, affects fewer than 200,000 people in the U.S. each year and represents about 10 percent of all strokes.

About 50 percent of all cases die within a year, the study authors note in the journal Neurology.

In Finland, however, a decline since the 1990s in rates of subarachnoid hemorrhage, along with an increase in the average age of victims, tracks with a 30 percent drop in national smoking rates during the same period, especially among younger people, researchers found. "During recent years, we have noticed that less and less people are admitted with subarachnoid hemorrhage to the Helsinki University Hospital," said lead author Dr. Miikka Korja of the neurosurgery department there and the University of Helsinki.

Since Finland has a publicly funded healthcare system, it was unlikely that changing hospital admissions explained the trend, Korja told Reuters Health by email.

The researchers used Finnish national databases of deaths and hospital discharges to identify 6,885 people who experienced subarachnoid hemorrhage between 1998 and 2012, which included 1,771 sudden deaths from a brain hemorrhage away from the hospital.

Stroke events had decreased gradually over time, especially considering that the population of Europe increased over the same period, but each year around 60 percent of cases were in women, according to the analysis.

Over that 15-year period, the number of hemorrhagic strokes decreased particularly among people younger than 50 years old, Korja said. "Long-term smokers are less likely to quit smoking and probably therefore the number of these strokes did not decline so dramatically among 50-year-old and older people."

But in most countries the true incidence of subarachnoid hemorrhage is unclear, he said, since a quarter of people who experience it die away from a hospital and the specific cause may not be investigated.

Smoking has decreased substantially in Western Europe during the last 20 to 30 years, but increased in the Middle East and Africa, he said.

"We must understand that in many African and Middle East countries there are much more important life-threatening dangers and hazards than this subtype of stroke," Korja said. "In future, however, stroke can become an epidemic disease in these countries, not least because of a high prevalence of smoking."

Though decreased smoking may be driving the decrease in subarachnoid hemorrhage, high blood pressure also decreased over the same period, said Dr. Marie Softeland Sandvei of the Norwegian University of Science and Technology in Trondheim, coauthor of an editorial accompanying the new study. Nevertheless, "former smokers should be happy that they managed to quit, and should refrain from starting again," Sandvei told Reuters Health by email.

"People start smoking almost invariably in their teens and early twenties," Korja said. "If anti-smoking campaigns and policies are effective, as they have been in Finland, youngsters do not start smoking during their 'wild years,' and basically never after reaching perhaps a bit more mature state of adulthood."