Obesity No Bar to Fitness and Health 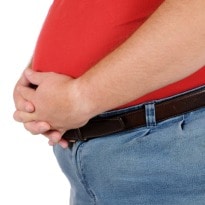 Obese people can be just as healthy and fit as their slimmer counterparts, with no greater risk of developing or dying from cardiovascular disease or cancer, says the largest study so far on the subject.

The findings show a subset of obese people who are metabolically healthy - they don't suffer from conditions such as insulin resistance, diabetes and high cholesterol or blood pressure - and who have a higher level of fitness, as measured by how well the heart and lungs perform, than other obese people.

Being obese does not seem to have a detrimental effect on their health, and doctors should bear this in mind when considering what, if any, interventions are required, say researchers, the European Heart Journal reported.

"It is well known that obesity is linked to a large number of chronic disease such as cardiovascular problems and cancer. However, there appears to be a sub-set of obese people who seem to be protected from obesity-related metabolic complications," said the first author of the study, Francisco Ortega, from the department of biosciences and nutrition, Karolinska Institutet, Stockholm, Sweden.

"They may have greater cardio-respiratory fitness than other obese individuals, but, until now, it was not known the extent to which these metabolically healthy but obese people are at lower risk of diseases or premature death," said Ortega.

Listen to the latest songs, only on JioSaavn.com
Ortega is currently a research associate affiliated to the Department of Physical Activity and Sport, University of Granada (Spain); but the project and investigation took place at the University of South Carolina (Columbia) under the direction of Steven Blair, professor who is responsible for the long-running "Aerobics Centre Longitudinal Study" (ACLS) which provided the 43,265 participants for this current analysis.

Ortega and his colleagues found that 46 percent of the obese participants were metabolically healthy. After adjusting for several factors, including fitness, metabolically healthy but obese people had a 38 percent lower risk of death from any cause than their metabolically unhealthy obese peers, according to a South California statement.