Poor Sleep May be an Early Sign of This Disease 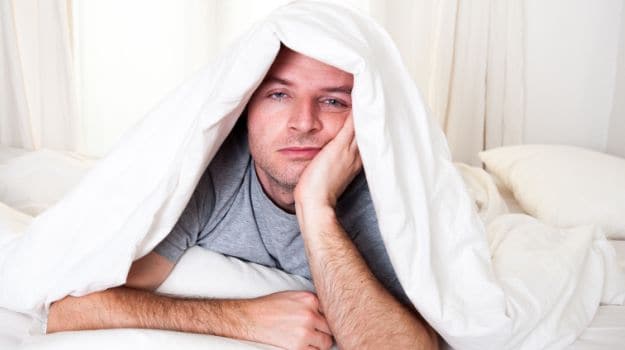 You know that lack of sleep makes you grumpy, rob you of your energy and decrease your concentration levels. But you may have not know that poor may also be an indicator of an irreversible, progressive brain disorder. It also has many other health effects that are too serious to ignore like heart disease, high blood pressure and even diabetes. But for the first time, a group of scientists have established a link between poor sleep and Alzheimer’s disease.

Listen to the latest songs, only on JioSaavn.com
Alzheimer's is the most common form of dementia that slowly destroys memory and thinking skills and eventually the ability to carry of even the most easiest tasks. Brain scientist at Oregon Health & Science University in Portland Jeffrey Iliff have found out that our sleep habits can affect the risk of of dementia. He explains that the brain clears out toxins linked to Alzheimer's during sleep and research has shown among animals that don't get enough, those toxins can build up over time and cause damage to the brain.Iliff was a member of a team that discovered how lack of sleep could be speeding the development of those Alzheimer's plaques. "The fluid that's normally on the outside of the brain, cerebrospinal fluid — it's a clean, clear fluid — it actually begins to recirculate back into and through the brain along the outsides of blood vessels," he says. This process, known as the glymphatic system, allows the brain to clear out toxins, including the toxins that form Alzheimer's plaques. The study was Oregon Health and Science University and can shed light on the various causes of degenerative diseases and ways to prevent them. Other studies on the same topic have shown that poor sleep can cause memory problems and brain ageing.

CommentsYou can improve you sleeping pattern by following some simple tips and tricks. Dote one foods like pumpkin juice, cherries and kiwi. They help regulate the body clock. You could spray some scents like lavender on your pillow which helps in calming your nerves. A simple exercise to get sound sleep is to curl your toes seven times, relax and then repeat after few minutes. Some say this easy workout before hitting the bed really works.