QUIZ: What Mental Disorder do you Have? | Dean Burnett 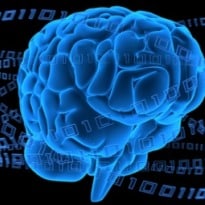 There are many online quizzes that claim to tell you what mental disorder you have, but this one takes the issue seriously

You can't move for online quizzes these days. Nearly every fourth Facebook post seems to be the result of a far-fetched but strangely specific quiz that claims to reflect some aspect of your personality, like "What kind of candy are you?" or "Which Disney Ear Hat should you wear?" or "What Office Supply are you?" (All of these are real.)

Bit annoying if you're not interested, perhaps, but what's the harm? They're just a frivolous fun way for someone to while away five minutes and have a laugh with friends.

But then you get things like "What is your mental disorder?" There are manyquizzesusingthisapproach. This sort of thing is fine, apparently. So, to cash in on this trend, here is yet another "What mental disorder do you have?" quiz, but adjusted for scientific accuracy. It's the Guardian Science section, after all.

How would you describe your memory?

D. I have terrible problems with my memory that have been getting progressively worse. I started by forgetting to pay important bills, and then I was repeatedly brought home by the police because they'd found me wandering the streets in the night. I never had any idea of how I got there or what I was doing. People keep making me do these tests and asking me questions, but I do get quite angry when I can't recall things. I keep waking up in this room that I'm not familiar with. Sometimes people come and say hello and ask me how I am. I ask them who they are and they start crying.

You overhear someone making a derogatory remark that may possibly have been about you. How do you respond?

A. Ignore it, who cares what other people think?

B. Take a look at my general behaviour and see what they said was valid.

C. Storm up to the person and demand to know what they meant by that

D. Conclude that it what was said was definitely about me and that it's a very valid and accurate conclusion because I am so incredibly worthless. My existence is irrelevant and my presence is a blight on the lives of everyone around me. I never feel happiness or excitement, but then I don't deserve to. It's a massive struggle to just get dressed, let alone engage with people in any meaningful way. I just don't see the point in any of it, why would I inflict my presence on anyone else? I could describe how I feel to others, but the effort of doing so is terrifying. And why should they listen in any case?

An old friend gets in touch and wants to meet, and suggests a well-known expensive restaurant. How do you respond?

A. Agree to meet. Any excuse to re-establish a friendship is a valid one.

B. Say you're too busy; money is tight at present and you never really liked them anyway.

C. Respond and say you'd love to meet but can you go somewhere more relaxed and less expensive.

D. Ignore the message and block their email address and phone number. You can't risk them seeing you in your present state, bloated and disgusting. And the thought of eating in front of someone is terrifying. Plus every restaurant serves food that's basically just swimming in lard, but if you ask them for something like a slice of apple they just look at you like they're worried about you. Probably thinking about how I'm fat enough as it is, or like those medical people who keep telling me I'm risking my life and that I'm actually thin, which is just stupid as I'm basically a whale.

You wake up in the night and can hear voices. What do you think it is?

A. Probably just the neighbours talking. Walls are thin in my house.

B. It's probably a radio, TV or laptop that's been left on. I'm always doing that.

C. It might be burglars discussing how to best rob me. I'd best get my phone and call the police.

D. It's the voices again. It's always the voices. They come and go, and the medication helps to keep them in check most of the time, which is good because it means people can't hear what they're saying about me. They're mostly harmless and I do my best to ignore them and go about my day, but it gets tough at times. Frank is the worst one, he keeps telling me my family are keeping me under surveillance and going to imprison me. I obviously don't want that to happen, but why would Frank lie? He was my best friend from childhood before he died in that car accident. My family keep denying it and telling me I never had a friend called Frank, but if that's true then who's talking to me?

You've just tidied up the kitchen after dinner and you notice a blob of something unidentifiable on the work surface. How do you respond?

A. Ignore it. I've just done all the washing and it's just a small lump. I'm not expecting the Queen.

B. Grab a kitchen towel or cloth and wipe it up. No point leaving a job unfinished.

C. Dab it on your finger and taste it. It's obviously something I've cooked so must be safe, and I'm curious.

D. Don rubber gloves and wipe down the whole work surface with heavy-duty cleaner. Then all the other work surfaces. Then the cupboards and doors, and all other items in the room. Then wash my hands at least 38 times. I know it makes no logical sense, but I can't shake the extreme worry that germs will infect me and all my family and loved ones, and I need to do everything I can to prevent this, even if it takes up most of my waking hours and makes me difficult to be around. Only by constant cleaning and checking a precise number of times can I stop myself worrying for long enough to get anything done.

What is your mental disorder?

If you answered mostly A, B, or C, then there's no way of knowing. You may well have a mental disorder or condition, but you're not going to establish this with a ridiculously limited online quiz, as mental health problems are never so clear and obvious.

If you answered mostly D, then yes, you've probably got something to be very concerned about. Each one describes an extreme case of a well-known mental health problem. Not some "quirk" or slightly unusual habit or tendency as most other quizzes seem to refer to; this is the clinical stuff. And these don't necessarily occur in isolation; comorbid conditions are very common. For example, dementia and depression regularly occur simultaneously in the same person.

What's the point of this? You've got some pompous Guardian git pontificating at you, but you may have done one of these quizzes and meant no harm by it. Fair enough; you doubtless had no ill intentions.

But not intending to do harm doesn't mean it doesn't occur. You may post what mental health disorder a funny quiz says you have to your Facebook or Twitter and have a chuckle about it, but given the prevalence of mental disorders in society it's highly likely that someone with an actual condition will see you do this; jokingly claiming to have an affliction that they struggle with constantly. Given the stigma and dismissal those with mental health issues deal with on a daily basis, this can only make things worse. They might be your friend, but now they're going to have to think twice about being honest with you, given how non-seriously you take something so important to them.

You may disagree. You may think these quizzes are still fine and innocuous. This is your opinion, you're entitled to it. But consider this; if there was a quiz titled "What sort of cancer will you get?" or "Which fatal accident will kill your loved ones?", would you post that on your timeline? If not, why not? Because it would seriously offend and upset people who have experienced such things?

Yes, yes it would. Weird how that works.

The last online quiz he took told Dean Burnett would have been in Hufflepuff if he'd gone to Hogwarts, and he's had a grudge against them ever since. He wrote this piece after several friends with mental health conditions requested it, but feel free to shout at him anyway on Twitter, @garwboy

Can an online quiz identify hitherto unknown problems with your brain? [Spoiler: no]. Photograph: Sebastian Kaulitzki/Alamy