The Many Health Impacts of Climate Change 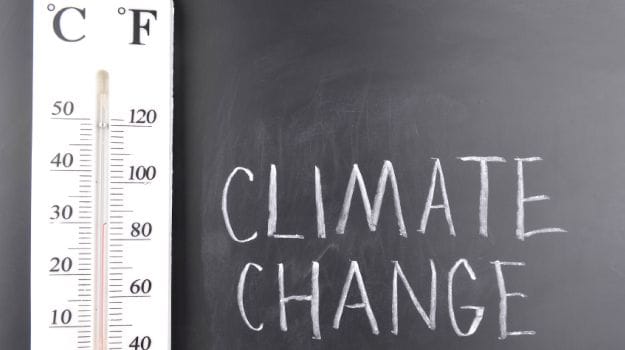 Medical experts say climate change affects human health in direct ways, by the spread of water- and mosquito-borne diseases for example, and indirectly, such as through hunger.

Here is a snapshot of the problem:

Patrice Halimi, the secretary general of France's environmental health association, said it is a multi-faceted issue.

"Like any other slow-onset disaster, there is not one cause that leads to one effect," he said. "It's a series of events."

Halimi said it is not necessarily global warming itself that would lead to a cholera epidemic, but warmer temperatures conducive to deadly outbreaks. Robert Barouki of the French National Institute of Health and Medical Research said that the real difficulty lies in "measuring the part that global warming plays in health issues."

Scorching temperatures can cause cardiovascular and respiratory problems, especially in elderly people.

"There have always been heatwaves, but their frequency and intensity have increased," Barouki said. During the widespread 2003 heatwave in Europe, more than 70,000 deaths were recorded. And with more sunlight comes more UV-related risks, like skin cancer, Barouki said.

Climate change will also lead to increased deaths from natural disasters such as floods and hurricanes. Weather-related disasters have tripled since the 1960s, WHO says, adding that "every year, these disasters result in over 60,000 deaths, mainly in developing countries."

Halimi says global warming will facilitate the spread of infectious diseases which depend on carriers such as mosquitoes.

WHO said that climate change is likely to lengthen the transmission seasons of these "vector-borne" diseases -- which are spread by a vector, or carrier -- and to alter their geographic range. Malaria already kills around 800,000 people per year, according to WHO. Mosquitoes also spread the deadly dengue fever, and some studies suggest that global warming could lead to two billion more people being at risk from the disease by 2080.

The UN agency estimates that China will see an increase in a disease called Schistosomiasis, spread by snails in many underdeveloped regions. Some 240 million people worldwide already suffer from Schistosomiasis.

Bruno Housset, head of the French Federation of Pneumology, says an increase in forest fires caused by global warming, especially in the north, would result in more fine particles in the air. These particles are capable of penetrating deep into the lungs and can lead to lung cancer and asthma.

Around 300 million people suffer from asthma worldwide, and WHO says the "ongoing temperature increases are expected to increase this burden." Warmer temperatures will also likely help allergy-inducing plants multiply, with Europe's pollen concentration expected to swell fourfold by 2050