This Diabetes Drug May Even Benefit Non-Diabetics 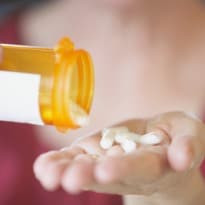 A recent study at the Cardiff University's school of medicine has unraveled quite an interesting fact about a diabetes treating drug called Matformin. A research team has found that this widely prescribed drug has properties that can combat cancer, cardiovascular risks and bears numerous other health benefits.

The study found how those on the medication of Metformin had chances of higher life expectancy than those who weren't consuming the drug. This establishes that the drug can prove to be beneficial for non-diabetics as well.

A study was carried out on over 180,000 people and the results showed that patients treated with the widely prescribed diabetic drug can live longer than non-diabetics. This research was published in a leading journal Diabetes and concluded that Metformin could offer prognostic and prophylactic benefits to people without diabetes.

"What we found was illuminating. Patients treated with Metformin had a small but statistically significant improvement in survival compared with non-diabetics," claimed Craig Currie, professor at Cardiff University's school of medicine.

"Those treated with another common diabetes drug called sulphonylurea had a consistently reduced survival compared with non-diabetic patients," he said, adding that this was true even without any clever statistical manipulation.

The life expectancy of these cohorts was also compared against non-diabetics who were matched based on criteria that included age, gender, same general practice, smoking status and clinical status.

This, however, does not mean that people with type 2 diabetes get off scot-free.

"Their disease will progress and they will be typically switched to more aggressive treatments. People lose on average around eight years from their life expectancy after developing diabetes," Currie noted.

Promoted
Listen to the latest songs, only on JioSaavn.com
The best way to avoid the condition altogether is by keeping your weight under check and indulging in some light exercise, he advised.