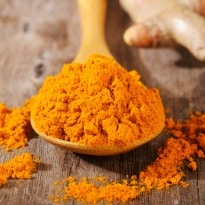 You would have never known that your spice cabinet secretly holds the best remedies for some of the most common ailments. Spices can not only turn around a boring meal but they can also heal your body naturally.

A latest study throws the spotlight on one such spice that is commonly use in almost every Indian household. According to a research conducted at Institute of Neuroscience and Medicine in Julich in Germany it was found that a compound in turmeric called aromatic (ar-) turmerone can boost the brain's ability to heal itself and help in treating neurological disorders such as stroke and Alzheimer's disease. The study appeared in the open access journal Stem Cell Research & Therapy.

"Our findings on aromatic turmerone take us one step closer to achieving this goal," said lead study author Adele Rueger.

The study examined the he effects of aromatic (ar-) turmerone on endogenous neutral stem cells (NSC), the stem cells found within adult brains. NSCs develop into neurons and play an important role in recovering from neurodegenerative diseases. To test the effects of ar-turmerone on NSC, researchers injected adult rats with ar-turmerone. It was found that the parts of the brain called subventricular zone (SVZ) and the hippocampus which help in nerve cell growth became more active in rats injected with ar-turmerone. Scientists claim that the compound may encourage repair and restoration of damaged brain cells. It was noted that at certain concentrations, the turmeric compound boosted the multiplication of NSCs by up to 80% and also increased the speed at which they matured.

"The SVZ and hippocampus are the two sites in adult mammalian brains where neurogenesis, the growth of neurons, is known to occur," Rueger explains.

CommentsAlthough further studies are required to understand the compounds effect yet the results from this study may pave the way for future drugs and help scientists develop new treatments for complex conditions where brain cells are lost. Ar-turmerone is the lesser-studied of two major bioactive compounds found in turmeric. The other compound is curcumin which is well known for its anti-inflammatory and anti-cancer properties. In Indian Ayurveda, turmeric has been used for long to as a remedy for stomach, skin and liver ailments. Turmeric is used generously in Indian curries to impart a distinct flavour as well as colour.