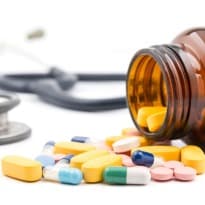 COPD most commonly known as Chronic Obstructive Pulmonary Disease is a group of lung diseases including emphysema, chronic bronchitis, and chronic obstructive airway. A person suffering COPD experiences inability to breath properly which may include running short of breath while being active, production of cough or phlegm and chest infections are also some of the common symptoms. One of the primary causes of COPD is regular smoking. Other factors that may play a role in triggering this disease are allergens, air pollution or genetic disorder.

A recent study published in the journal Lancet Respiratory Medicine bears some good news for COPD patients and the associated flare-ups. Flare-ups (also referred to as 'exacerbation') refer to a condition when a COPD patient's usual symptoms (coughing, excess mucus, shortness of breath, tightness in chest) get worse and sometimes they may even require hospitalization.

A team of experts from Queen Mary University of London conducted a randomized trial on patients with COPD in and around London. Out of 240 COPD patients, almost 122 received vitamin D supplements and the other group received an equivalent placebo. The risk, severity and duration of flare-ups was then compared between the two groups.

"Our findings suggest that patients with COPD should have their vitamin D status tested and should begin taking supplements if their levels are found to be low," adds Martineau.

Listen to the latest songs, only on JioSaavn.com
Another study, linked vitamin D to a reduction in COPD flare ups but those findings were based on patients who suffered with severe conditions. According to the team, this new research is more extensive as it investigates the impact of vitamin D supplementation on the severity and duration of COPD symptoms.