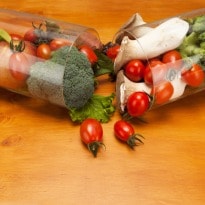 Breast cancer patients with high levels of vitamin D in their blood are twice as likely to survive the disease as women with low levels of this nutrient, scientists have found. In previous studies, Cedric F Garland, professor in the Department of Family and Preventive Medicine at the University of California - San Diego, showed that low vitamin D levels were linked to a high risk of premenopausal breast cancer.

The findings, he said, prompted him to question the relationship between 25-hydroxyvitamin D - a metabolite produced by the body from the ingestion of vitamin D - and breast cancer survival rates.

Garland and colleagues performed a statistical analysis of five studies of 25-hydroxyvitamin D obtained at the time of patient diagnosis and their follow-up for an average of nine years. Combined, the studies included 4,443 breast cancer patients.

"Vitamin D metabolites increase communication between cells by switching on a protein that blocks aggressive cell division," said Garland. "As long as vitamin D receptors are present tumour growth is prevented and kept from expanding its blood supply.

Vitamin D receptors are not lost until a tumour is very advanced. This is the reason for better survival in patients whose vitamin D blood levels are high," Garland said. Women in the high serum group had an average level of 30 nanograms per millilitre (ng/ml) of 25-hydroxyvitamin D in their blood. The low group averaged 17 ng/ml.

Listen to the latest songs, only on JioSaavn.com
The average level in patients with breast cancer in the US is 17 ng/ml. "The study has implications for including vitamin D as an adjuvant to conventional breast cancer therapy," said co-author Heather Hofflich, UC San Diego associate professor in the Department of Medicine. Garland recommended randomised controlled clinical trials to confirm the findings but suggested physicians consider adding vitamin D into a breast cancer patient's standard care now and then closely monitor the patient. The study is published in the journal Anticancer.