Why We Crave Alcohol 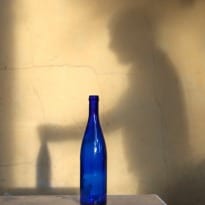 Ever found yourself craving a chilled mug of beer? A recent study published in the journal Biological Psychiatry sheds some light on how a certain hormone - called ghrelin - can stimulate alcohol cravings.

Ghrelin is a gut hormone that plays an important role in regulating your appetite and food cravings. Lorenzo Leggio, clinical investigator at US National Institute on Alcohol Abuse and Alcoholism (NIAAA) and the National Institute on Drug Abuse at the National Institutes of Health (NIH) along with his team analyzed a group of 45 alcohol dependent men and women who were not undergoing rehab or any treatment. The study aimed at understanding whether ghrelin plays a role in triggering alcohol cravings.

The participants were divided in random groups and were given three different doses of ghrelin. They were then analyzed based on their urge to consume alcohol or non-alcoholic drinks like juice. It was found that ghrelin significantly increased their alcohol craving as compared to placebo. The participants showed no urge to drink juice.

"The findings provide a direct translation of the role of ghrelin in alcohol-seeking behaviours in humans from previous research conducted in rodents," said Lorenzo Leggio.

"This sheds new light on a role for ghrelin in alcohol craving, raising the possibility that ghrelin signalling might be targeted by future treatment for alcohol use disorders," concluded John Krystal, Dditor of the Journal Biological Psychiatry in which the study has been published.
Listen to the latest songs, only on JioSaavn.com
According to researchers, this study helps in understanding the causes of alcohol dependence in a different light that could help in treating alcoholism and alcohol dependence.