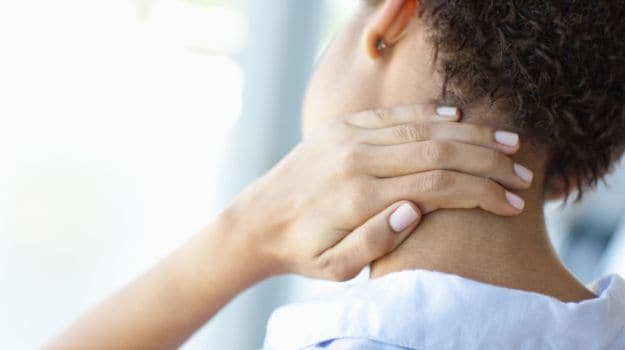 Shedding new light on how differently men and women experience pain, researchers, including one of Indian-origin, have found that women are 1.38 times more likely than men to report neck pain due to cervical degenerative disc disease.

Cervical degenerative disc disease is a common cause of neck pain. Symptoms include stiff or inflexible neck, burning, tingling and numbness. Pain is most prevalent when the patient is upright or moving the head.

The study by Meda Raghavendra and Joseph Holtman from Loyola University Chicago Stritch School of Medicine included 3,337 patients who were treated at Loyola's Pain Management Centre. The findings were presented at the annual meeting of the American Academy of Pain Medicine in Palm Springs, California, US.

The study adds to the growing body of research on the differences in which men and women experience pain.

Previous studies have found that females are more likely to be treated at pain clinics for chronic pain and that certain painful conditions, such as migraineheadaches and fibromyalgia, are more common in women.

Various explanations have been proposed, including hormonal differences and the belief that men may be less willing to report pain.

Raghavendra and Holtman also conducted a similar study of patients who were treated at Loyola's Pain Management Centre for lumbosacral degenerative disc disease or lower back pain.