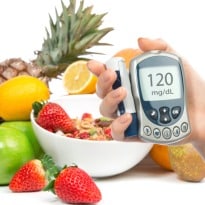 Diabetes is one of the leading health issues around the world. According to the World Health Organization, close to 350 million people suffer from diabetes. Factors like genetic makeup, family history, lifestyle and diet may make people susceptible to the disease. Obesity is also often linked to diabetes.

We've known that a healthy lifestyle, good diet and regular exercise can go a long way in controlling diabetes. Some of the most recent studies have developed a new link between veganism and diabetes. Many claim that a plant-based diet can have significant results for diabetics especially those with type 2. (Natural Remedies For Diabetes)

In 2007, Diabetes Care (a journal by the American Diabetes Association) published a report suggesting that a vegan diet may reverse the symptoms of diabetes. The team at George Washington University, the University of Toronto and the University of North Carolina tested 99 people with type 2 diabetes, assigning them randomly to the following diets - low-fat, low-sugar vegan diet or the standard American Diabetes Association diet. After 22 weeks, it was found that close to forty percent of those who followed the vegan diet were able to stop taking some of their drugs such as insulin or glucose-control medications, or lowered the doses as compared to their counterparts.

To understand how a vegan diet may help, we got in touch with Meenu Nageshwaran who has successfully beaten diabetes by going vegan. (Why I Choose to Stay Vegan)


When were you diagnosed with diabetes?

In 2012 during a yearly health check-up, I was diagnosed with Type 2 Diabetes.


What lifestyle and dietary changes did you adopt?

Since I was determined not to go 'the conventional' way, I returned to the Doctor and took immediate steps to change my medical condition. I read a lot about Type 2 Diabetes and pulled out my books on Ayurveda and nature cure. Once I realized that the situation was not as fatal as it sounded and was curable, I decided to consult a Naturopath and went completely raw for 15 days. Thereafter, I consulted an Ayurvedic physician and started a 21-day course along with exercise and Pranic healing.

When I was put on Insulin, I was advised measured quantities of food, diabetic, low fat, high fibre-diet and milk every day. On the other hand, I did my own research and created what I call my very own merry cocktail of what to eat and what not to. My diet included dairy-free items along with karela juice, jamun, alkaline vegetables and low oil preparations. (Healthy snacks for diabetics)


How did the idea of turning vegan strike you?

I heard about the 21-day 'Reversal of Diabetes' program offered by an NGO called SHARAN. I never knew that veganism could help with diabetes. While following the program, I switched to a vegan diet. It was during this period that I was exposed to the effects of an animal based lifestyle versus a plant based one.

You don't have to suffer any more with this debilitating disease. The 'Freedom from Diabetes Programme' is effective and has helped me reverse my diabetic condition. It is based on three tenets - scientific diet, appropriate exercise and authentic inner transformations of habits & stress.


How would you describe veganism?


Was it difficult to switch to a Vegan diet?

Since I was on a 21-day program and there was no exposure to dairy items, I learned how to make use of various alternatives to dairy products. Ever since then, I haven't been unwell for a day, no headaches, joint pains or virus attacks. I would recommend veganism to all. When coupled with physical activity and a healthy lifestyle, it can do wonders.

Promoted
Listen to the latest songs, only on JioSaavn.com
Meenu Nageshwaran is a Pranic healer and also a vegan chef. With an aim to help those who switch to a vegan diet, Meenu's Praana Kitchen provides organic & dairy-free products like milk, butter, cheese and  spreads. She also provides workshops, cooking classes and private catering.