World Liver Day: Fatty Liver Disease, Causes and How to Prevent it 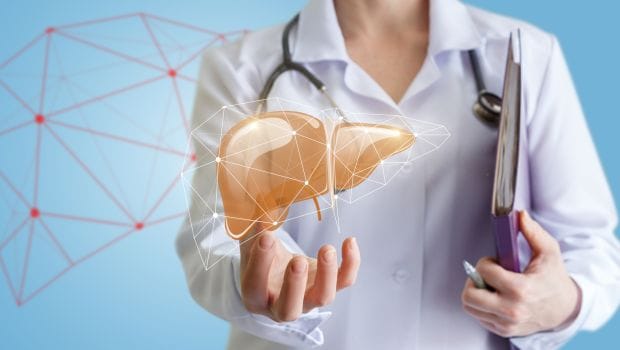 Highlights
How healthy is your liver? Are those weekend drinking and snack time binging affecting this vital organ? The liver is the second largest organ in the body, which plays an important role in carrying out various functions of the body. 19th April is marked as World Liver Day, wherein health experts aim to spread awareness about the importance of keeping the liver healthy, and preventing the various liver diseases. There are many causes that lead to different kinds of liver problems, but one primary reason is our lifestyle choices such as eating excessive fatty foods, high alcohol consumption, lack of exercise, etc. However, the good news is that the liver has this unique ability to repair and regenerate itself with time, and as such most illnesses are treatable. Some of the common liver diseases that are caused due to our lifestyle habits include Hepatitis A, B and C, Fatty Liver Disease, Cirrhosis, Cancer, etc.

If given a chance to indulge to our heart's content, most of us would go bananas with fried snacks, decadent sweets and high calorie foods. Who can blame anyone? They do taste so delicious. But like the wise say, nothing in life is for free, these "favourite foods" too come with consequences, and more severe than you can imagine. When you bite into piping hot samosas dipped in spicy chutneys or a crispy jalebi coated with sweet rose syrup, you only think about satisfying your momentary cravings. Sure, it makes you feel good and lifts up your mood instantly. But when it starts becoming a habit, being very much a part of your daily diet, it's a cause of worry. The fact is that these "favourite foods" are what's paving the way for various deadly diseases to creep in into your lives, eventually killing millions every year. And one such lifestyle disease is Fatty Liver Disease.

What is Fatty Liver Disease?

Liver is an important organ which is responsible for carrying out various vital functions of the body such as fat metabolism, removal of toxins, regulating cholesterol and blood sugar, and releasing bile which helps in the digestion process. The liver is the second largest organ in one's body, which is located under the rib cage on the right side. It processes what one eats and drinks and converts it into energy and nutrients that the body can use. Fatty Liver Disease is a condition when excess fat starts getting deposited in the liver cells. This usually happens when the fat content in a person's daily food intake exceeds the amount he or she can metabolise. In short, it is a consequence of following an unhealthy diet and leading a sedentary lifestyle which causes pain and discomfort.

Fatty Liver Disease doesn't just affect adults but children too since most of the urban population consume excessive amounts of fatty and junk food. Foods like pizzas and burgers do contain veggies, meat and other nutritious ingredients but try and judge the downside - they are made with refined flour, processed cheese, sauces and dressings that are highly calorific as well. According to an Italian research study, children who regularly consume fructose, which is present in soda, sweetened beverages, pizza and salty food, biscuits and yogurt may be prone to liver disease. Dietary fructose increases serum uric acid concentrations, and together they can lead to NAFLD.

2. Prolonged Sitting is Bad for You

Prolonged sitting such as watching TV and using the computer and other devices as well as reduced physical activity may increase risk of non-alcoholic fatty liver disease (NAFLD) that may potentially lead to liver failure and death, found a study done by Sungkyunkwan University School of Medicine, Seoul, South Korea.

"The message is clear, our chairs are slowly but surely killing us. Our body is designed to move and it is not surprising that sedentary behavior, characterised by low muscle activity, has a direct impact on physiology," said Michael Trenell, professor of metabolism and lifestyle medicine at Newcastle University in England.

3. Say No to Sugary Drinks

According to a study done by Washington University School of Medicine in St Louis, avoiding sugar sweetened drinks proves to be the key to preventing fatty liver disease, the most common cause of chronic liver disease worldwide. GLUT8 (a molecule that carries large amounts of fructose), is present naturally in fruit but is added in large quantities in soft drinks. Although chronic liver diseases are usually associated with alcohol consumption, this study points out that excess consumption of fizzy or canned drinks which are loaded with sugar may damage your liver functions. Excess sugar consumption may also lead to heart ailments, risk of stroke, breast cancer and obesity.

4. Being Overweight is a Problem

Being overweight during adolescence can put one at significantly higher risk of developing severe liver disease later in life, says a study by Karolinska University in Sweden. The study showed that adolescent males with a body mass index (BMI) above 25 are at a 64 per cent increased risk of developing severe liver diseases and liver cell cancer in their late lives. Obesity is one of the major underlying issues causing various other health problems. This again highlights the importance of living an active life and participating in physical activities.

Next time you gulp down your favourite dietary supplement, or even take that concentrated green tea pill to burn fat, think twice. Research studies suggest that the unregulated dietary supplements industry accounts for nearly 20 percent of drug-related liver injuries, up from 7 percent a decade ago. According to a New York-based study, teenagers are not the only consumers at risk, many are middle-aged women who turn to dietary supplements that promise to burn fat or speed up weight loss.

The study found that many of the products implicated in liver injuries were bodybuilding supplements carrying unlisted steroids, and herbal pills and powders promising to increase energy and help consumers lose weight.