There is a class of super fit and fab men in Bollywood who are proving all movie pundits wrong and turning the age game on its head. 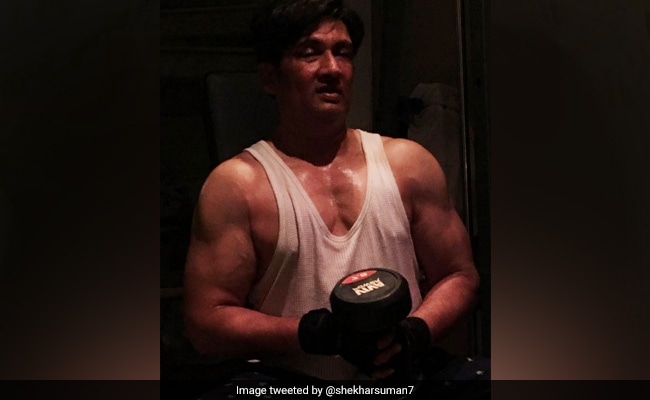 Highlights
People of a certain age tend to be looked down upon in an industry that encourages impossible body standards, and the moment facial and physical beauty begins to fade, they get typecast because of getting a particular kind of work and roles. However, there is a class of men in Bollywood who are proving all movie pundits wrong and turning the age game on its head. They're not just surviving in the film industry, but thriving and diversifying the roles they play and the paths their careers take.

The 56-year-old Bollywood actor recently revealed in an interview that he is at his fittest currently, but finds it embarrassing when his daughter Athiya's friends call him 'hot' or 'sexy'. Well, you can't hide away from all that limelight when you look like that, Mr. Shetty! Recently returned to the cine-world after almost a decade, Suniel Shetty has been hosting a show called India's Asli Champion and has got everyone talking about how fit and dapper he looks!

There's just nothing we can say about Milind Soman that will be able to fully appreciate his amazing good looks and enviable physique at 52. The captain Vyom actor/model has been the heart throb of millions of Indian women for two decades now. Soman has been making news for all the marathon crusading that he has been doing lately, and to be honest, who wouldn't feel inspired to get fit, if there's a mentor like him to encourage?

From Lakhan of Ram Lakhan to Kamal Mehra of Dil Dhadakne Do, it seems like Mr. Kapoor has never skipped a beat in the dance of life. Last year, he celebrated his 61st birthday, but the man doesn't seem to want to slow down. He still looks like a 30-year-old, tasting the success of Bollywood for the first time as we never find his energy levels ebbing. Not to mention that he's got a superb dressing sense that makes him a head-turner everywhere he goes.

While a lot of us 'young people' are still struggling to get ourselves to the gym, Shekhar Suman is seen building biceps and looking like a 25-year-old at the age of 54. Mr. Suman's mind blowing body transformation made headlines last year, after he posted a series of pictures flaunting his bulging biceps on his Twitter profile.

All set for new year's eve.
Happy new year to all of you.
Welcome 2018. pic.twitter.com/PAcQ496Ksn

It seems like not much has changed for Maddy with the chocolate boy looks who still has the same charm and spark in his eyes that he did 15 years ago. R Madhavan's youthful aura and kind smile makes him a favorite of millions of Bollywood fans around the world.

These men have proven that age is just a number and if you keep a positive mindset and work hard to achieve your body goals, then nothing or no one can stop you from looking the way you aspire to!

Happy Birthday Shah Rukh Khan: 5 Healthy Foods The Zero Actor Eats To Stay Fit!
Dubrow Diet Is The Latest High-Protein Diet On The Block - But Should You Try It?