The study has said that consuming potato puree during prolonged periods of exercise may help boost athletic performance. 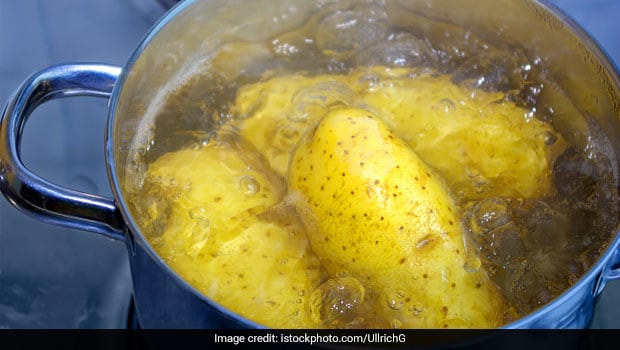 Consuming a puree of potato during intense exercise may boost performance

Potato is one of those foods that have a bad reputation among health freaks. The starchy tuber is notorious for potentially increasing weight and that is why it may be shunned from daily diets as well. They have a high glycemic load and may prove to be detrimental for those looking to regulate levels of blood sugar. However, a new study has indicated at a surprising health benefit of consuming potatoes. The study has said that consuming potato puree during prolonged periods of exercise may help boost athletic performance. The study added by saying that consuming potato in this form while exercising may work as well as any other carbohydrate gel for sustaining optimal levels of blood glucose.

The study titled, "Potato ingestion is as effective as carbohydrate gels to support prolonged cycling performance" was published in the Journal of Applied Physiology. For the study, the researchers recruited 12 participants, all of whom were dedicated to their sport and who averaged 165 miles (267 kilometers) per week on their bicycles. All the participants had been training in their sport for years and to qualify for the trials, the cyclists had to reach a specific threshold for aerobic fitness and complete a 120-minute cycling challenge followed by a time trial. The participants were asked to randomly do any of these three things during the exercise: Only drink water, consume a commercially available carbohydrate gel, or an equivalent amount of carbohydrates obtained from potatoes.

The researchers monitored what the participants ate for a day, before the participants were asked to repeat the cycling challenge and they measured participants' blood glucose, core body temperature, exercise intensity, gastric emptying, and gastrointestinal symptoms as well as concentrations of lactate- a metabolic marker of intense exercise. They observed that there was no difference in the performance of cyclists who consumed carbohydrate gels and those who consumed potato puree during the exercise. University of Illinois kinesiology and community health professor Nicholas Burd, who led the research said, "Research has shown that ingesting concentrated carbohydrate gels during prolonged exercise promotes carbohydrate availability during exercise and improves exercise performance."

He added by saying, "Our study's aim was to expand and diversify race-fuelling options for athletes and offset flavour fatigue. Potatoes are a promising alternative for athletes because they represent a cost-effective, nutrient-dense and whole-food source of carbohydrates. Furthermore, they serve as a savoury race fuel option when compared (with) the high sweetness of (carbohydrate) gels." However, the researchers noted that those who consumed the potato puree experienced significantly more bloating, pain and flatulence as compared with those who consumed carbohydrate gels, which Burd said, may be a result of the larger volume of potatoes needed to match the glucose provided by the gels.