keto diet, if taken in small doses could be beneficial, especially for people dealing with diabetes. 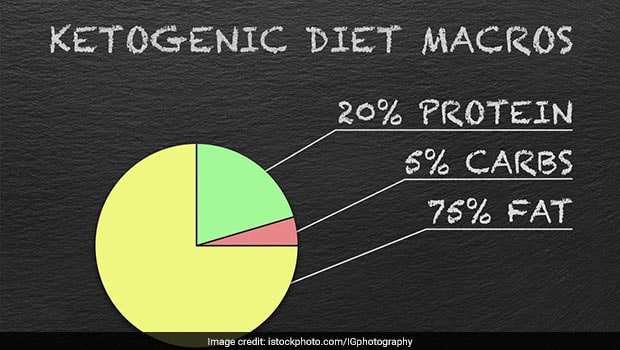 Keto diet may be beneficial for diabetics , but only if is taken in small quantities.

Of all the diets that have gained popularity over the years, keto diet emerged as one of the most successful ones. Many people including celebrities swear by keto diet, which apparently helped them lose weight quickly. However, many nutritionists also raised their concern about the side effects of the diet terming it unhealthy for the body in long term. Keto diet provides 99 percent of calories from fat and only 1 percent from carbohydrates. This may cause it to produce health benefits in the short term, but it may show negative effects after a week's time. The debate around keto diet is ongoing and long-drawn. However, a new study claimed that keto diet, if taken in small doses could be beneficial, especially for people dealing with diabetes.

The research was carried out by Yale University, and the findings were published in journal Nature Metabolism. The team of researchers found that the positive and negative effects of the diet both relate to immune cells called gamma delta T-cells, tissue-protective cells that lower diabetes risk and inflammation. The study that was carried out on mice provides early indications that the keto diet could, over limited time periods, improve human health by lowering diabetes risk and inflammation.

Keto diet may help improve the condition of diabetes.

Keto diet sends the body into the state of ketosis and tricks the body into burning fat. Due to low carbohydrate quantity, the glucose level in the body drops and starts burning fats instead of carbohydrates. During the clinical trials, the researchers noticed that when mice continued to consume the high-fat, low-carb diet beyond one week, they consumed more fat than they could burn, which could increase the risk of developing diabetes and obesity.

Lead author Vishwa Deep Dixit of the Yale School of Medicine, said, "Before such a diet can be prescribed, a large clinical trial in controlled conditions is necessary to understand the mechanism behind metabolic and immunological benefits or any potential harm to individuals who are overweight and pre-diabetic.