Offering not one but a variety of vegetables on a regular basis can get children to accept those vegetables and probably start liking them. 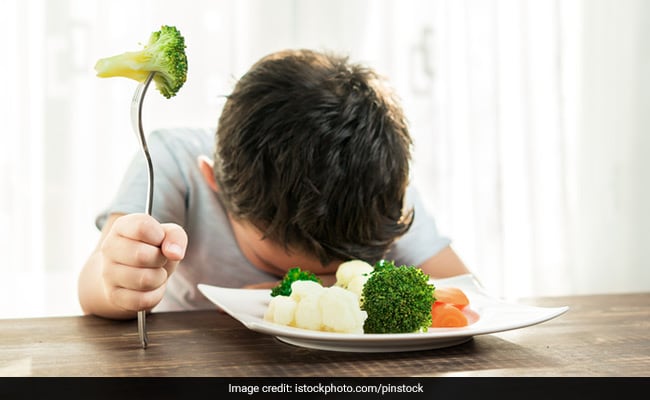 Kids are fussy eaters. Ask any parent and they'll agree how difficult it is to get children eat all kinds of foods. They'll eat only what their taste buds like but getting them to eat foods that are nutritious but might not taste as good, is a hard task. It takes a lot of persistence and effort to build a child's food preference. Therefore, most of the parents stop offering foods, like vegetables, to their kids to avoid rejection. Now, all those parents facing their kids' stubbornness can heave a sigh of relief. If a new study is to be believed, offering not one but a variety of vegetables on a regular basis can get children to accept those vegetables and probably start liking them.

The study shared by the Journal of Nutrition Education and Behavior, published by Elsevier, suggests that repeatedly offering a variety of vegetables increased familiarity and eventually consumption by children.

Offer your kids multiple vegetables in one meal

The team of researchers studied 32 families with children between the ages of four and six who consumed vegetables in small quantities. They were asked to take an online survey and attend an information session before the start of the experiment.

For the research, three groups were created. In the first group, children were served a single vegetable; in the second group children were offered multiple vegetables; and lastly in the third group, no change in eating habits was introduced. The research was conducted for five weeks with a three-month follow-up program.