According to reports in a leading daily, malls, restaurants, shops and multiplexes in Mumbai can now remain open 24x7. 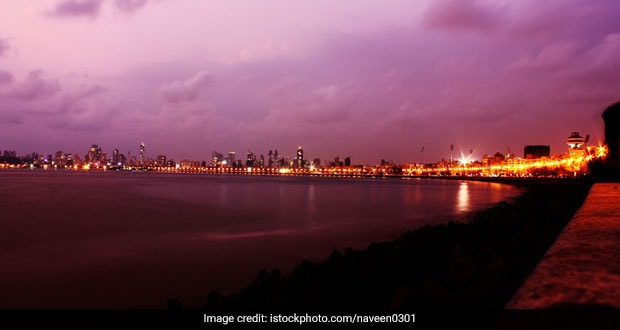 Seems like Mumbai is all set to live up to its status of the city that never sleeps.

Known to be the city that never sleeps, Mumbai, seems to be finally living up to its reputation. In a press relase issued by the Hotel and Restaurant Association of Western India (HRAWI), the state government has finally given its nod for the eateries, multiplexes and malls to remain open 24x7. Guess, it's time for all our dreams of a late-night food trail post partying in the maximum city of dreams might just come true!

The decision was taken in a meeting called by State Tourism Minister Aaditya Thackeray on Thursday, January 16. The meeting was attended by the Municipal Commissioner – Shri Praveen Pardeshi, the Police Commissioner – Shri Sanjay Barve and senior officials from both departments. Representatives from several shopping malls, hotels and restaurants including the Hotel and Restaurant Association of Western India (HRAWI) were also present in the meeting. The move allows at least 25 malls and several other shops, multiplexes and restaurants across the city to stay open 24x7 but the last order for alcohol would still be till 1:30 AM, as followed currently. Besides the catch on alcohol, the authorities - the Brihanmumbai Municipal Corporation (BMC) and Mumbai Police permits the new rule for establishments only in 'gated communities' like those in malls, mills and compounds and in non-residential compounds. The decision will be implemented in the city from January 27.

(Also Read: New Restaurants In Mumbai You Must Visit In 2020)

While the establishments across the city can stay open throughout, however, it is up to the owners' preference to keep them open 24x7 or not. It is also up to the owners' discretion to decide which days they can keep their establishments open round-the-clock; keeping in mind that some would like the days to fall over the weekends for maximum profit.

Terming the move as a sign of progress, Mr Gurbaxish Singh Kohli, President, HRAWI said in a statement, "The Association has been spearheading the petition for making Mumbai a global tourism destination for nearly two decades. We had approached the new Minister with our proposal and we are happy that swift action was taken."

The Hotels and Restaurants Association of Western India (HRAWI) also tweeted announcing the move along with a picture with the Tourism Minister Aaditya Thackeray.

With immediate effect shops & establishments in the city can operate #24x7. The #hotel & #restaurant industry welcomes the move & congratulates all stakeholders. The #HRAWI thanks it's members for their continued support in helping bring about this policy change ????????#Mumbaihttps://t.co/J7V739qHDd

As per another another tweet, HRAWI has also been suggested to put stickers of ‘We are now #24x7', in the meeting that will require some kind of planning to prepare the staff and security, which will take some time.

The decision has been welcomed by many leading restaurateurs. Riyaaz Amlani, restaurant-chain owner and a core member of National Restaurant Association of India (NRAI) took to Instagram to thank the minister. He captioned it, "'24x7 more reasons to love this city. Thank you Aaditya Thackeray'.

Popular Singer Rahul Vaidya was among the first ones to tweet-

Finally Mumbai going to have malls and eateries open 24*7. This is such amazing news. @AUThackeray u wanted this since 2012 & u did it today. First big step towards making mumbai an international city in true sense. Huge congratulations

While one Twitter user wrote abut getting the BOMBAY vibes back, another spoke about getting NCR on the list, "Wow! Took some time, but it's finally here. When can we get it in NCR?"

Can we speak of Mumbai and not speak of traffic?

The step might prove a breakthrough for the tourism of Mumbai. It is yet to be seen if other metro cities would follow suit. Tell us what you think in the comments below.