Raw Garlic And Onion May Reduce Risk Of Breast Cancer Among Women: Study

Combined intake of onion and garlic, as well as sofrito, may have beneficial effects for women. 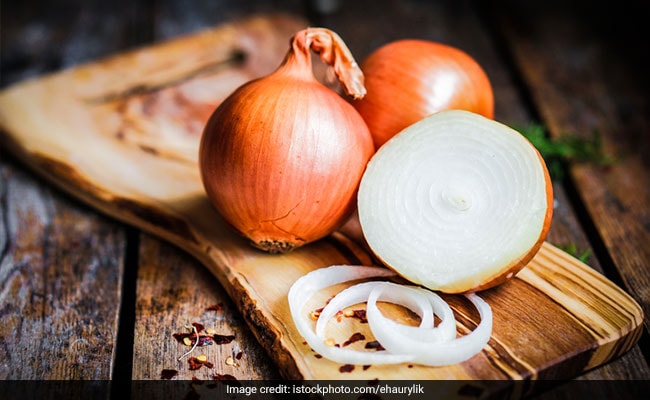 Raw onion and garlic are packed with a number of health benefits that could do wonders for your heart, skin, and metabolism. If a latest study is to be believed, consuming garlic and raw onion may reduce a woman's risk of breast cancer. Women who happened to eat more than one serving of onion and garlic-based sofrito a day had a 67 percent lesser risk of developing breast cancer. Sofrito is a pungent sauce that is immensely popular in the Latin American regions.

For the study, researchers studied dietary habits of more than 600 women in Puerto Rico. Combined intake of onion and garlic, as well as sofrito, may have beneficial effects for women. Sofrito recipes may vary from region to region, but they are mostly rich with raw onions, garlic and peppers. Sofrito recipes may differ but typically comprises raw onions and garlic alongside peppers, tomatoes and coriander.
Heating onion and garlic may destroy its cancer-fighting properties, eating them raw may help retain a lot of their nutritional value. The rise in breast cancer cases in Puerto Rico has baffled many experts.
From 18 cases per 100,000 women in the 1960s, breast cancer cases have risen to 50 per 100,000 in the 1990s, the scientists wrote in the journal Nutrition and Cancer.

According to researchers, onions and garlic are rich in flavonols and organosulfar compounds. Garlic contains compounds such as S-allylcysteine, diallyl sulfide and diallyl disulfide, while onions contain alk(en)yl cysteine sulphoxides, these compounds have shown anticarcinogenic properties in many animal and human studies.

The study participants were enrolled in the Atabey Study of Breast Cancer. The study was carried out between the year 2008 and 2014 and included 314 women with breast cancer and 346 control subjects.

Heart Health: Cutting Down On Salt Intake May Reduce The Risk Of Heart Attack; Says Study
This Genetically Modified Lettuce May Help In Healing Bone Fracture