Women with higher vitamin D intake during pregnancy may have children with greater childhood IQ scores, says a recent study. 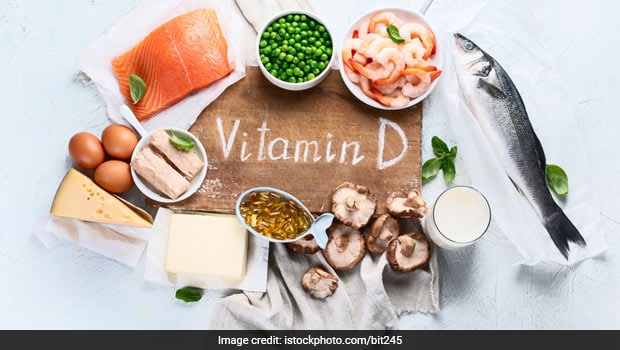 Vitamin D is also known as the sunshine vitamin

Vitamin D and its benefits are being discussed across the world, especially during COVID times where our exposure to sun has reduced drastically. Also known as the sunshine vitamin, vitamin D deficiency is known to impact your bones and be detrimental to your overall health. A study published in The Journal of Nutrition showed that mothers' vitamin D levels during pregnancy could be linked with their children's IQ. In other words, women with higher vitamin D intake during pregnancy may have children with greater childhood IQ scores. Another observation the study made was that vitamin D levels among Black pregnant women was significantly lower than White women.

Melissa Melough, the lead author of the study and research scientist in the Department of Child Health, Behavior, and Development at Seattle Children's Research Institute, says vitamin D deficiency is common among the general population as well as pregnant women, but Black women could be at greater risk.

Among the women who participated in the study, approximately 46 per cent of the mothers were found to be vitamin D deficient during their pregnancy, vitamin D levels were lower among Black women compared to White women.
For the study, Melough and her co-authors used data from a cohort in Tennessee called the Conditions Affecting Neurocognitive Development and Learning in Early Childhood (CANDLE) study. Candle started collecting data since the year 2006.
After controlling other factors related to IQ, the researchers found that the higher vitamin D levels in pregnancy were associated with higher IQ in children ages 4 to 6 years old.

"I want people to know that it's a common problem and can affect children's development. Vitamin D deficiency can occur even if you eat a healthy diet. Sometimes it's related to our lifestyles, skin pigmentation or other factors outside of our control," Melough said.

While Vitamin D is a tricky vitamin to load up on, many people rely tend to rely on supplements, added Melough.
If you still feel you are not doing enough, and want to make your diet vitamin D rich, it is always a good idea to look for things around you. Most common vitamin D-rich foods are:

1. Fatty fish: Fish like salmon, mackerel and tuna are not only high in vitamin D but also omega 3 fatty acids and protein.
2. Eggs: Eggs along with yolk could be considered as a decent vitamin D source too. Moreover, eggs are also enriched with protein, choline, vitamin A and more.
3. Cow's milk: Again a very good source of vitamin D, protein and calcium. Many pregnant women often feel lactose intolerant, so drink it only if it suits you, and after consulting your gynaecologist.
4. Mushrooms: Vitamin D-enriched mushrooms could be a versatile addition to your breakfast, lunch or dinner.
5. Orange juice: At times, even fortified orange juice is a good idea to kick-start a day.

The food recommendations are not part of the study. Also, it is highly recommended that you consult an expert before you make any major alteration to your diet.