What Do You Keep On Top Of Your Fridge? Viral Twitter Thread Is Too Relatable 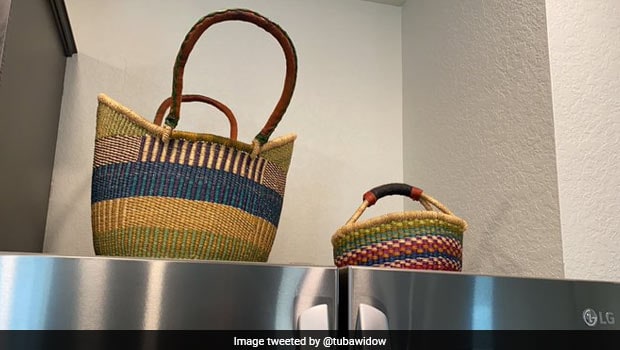 Viral Twitter Thread: Here's what people keep on the top of their fridges.

Indians are known for their keen sense of 'Jugaad' or making the most out of limited resources. It comes as no surprise that even kitchen appliances and random cupboards are used as tabletops or storage spaces at times. The top of a refrigerator is one such area which is often filled with miscellaneous items from all around the home. A Twitter thread asked users to share what's on top of their fridge, and the hilarious post instantaneously went viral on the micro-blogging platform. Take a look at the original tweet:

???? If I broke into your house and stole what was on top of the refrigerator, what would I get??

The tweet was shared by Twitter user @TiffanyNoth, and it garnered 36k responses and 14.6k likes. Users wrote back to share what's on the top of their fridge, and the hilarious revelations were too funny to miss.

While some honestly admitted that the top of their refrigerator had nothing but dust, others actually had an interesting collection of things placed atop their fridges. This included cereal boxes, baking utensils, kitchen accessories, or even a whole microwave. Some people were also using the height of the fridges to keep snacks out of reach from their pet dogs. Some cat owners also said the top of the fridge was one of their pet cat's favourite places to catch up on a quick snooze.

Take a look at some of the responses:

A house plant I've had since law school and two dog toys that were too annoying to allow them to live in the toy bin.

You'd find 3 lunchboxes. Mine has a bunch of packets of earplugs from when I worked in manufacturing. A couple pill bottles. And my Adderall prescription that I hide from my wife! pic.twitter.com/New3GKvhXu

a salt gun that we shoot insects with....haha.

Dust more than likely. Might be some lost forgotten something up there. I'm in a wheelchair and haven't seen the top of my fridge in years. lol

An old plastic mushroom box full of all kinds of useless shot like Christmas light bulbs that don't work, old mints that have gone soggy, pens that are leaking.
Please come and clear it all away.

All of our dog treats! Mia would track you down!! pic.twitter.com/XzDbvuVwT0

Full marks for honesty to all these users who shared what's on their fridge. Maybe this thread will prompt us to sit back and think how we could decorate the space better. So, what's on top of your fridge? Explore it for yourself and tell us in the comments below!