Twitterati Want This Burger Bun To 'Drop Skincare Routine', Thread Will Leave You In Splits

A Twitter user took to the micro-blogging platform to share the picture of a shockingly perfect burger bun which she encountered. 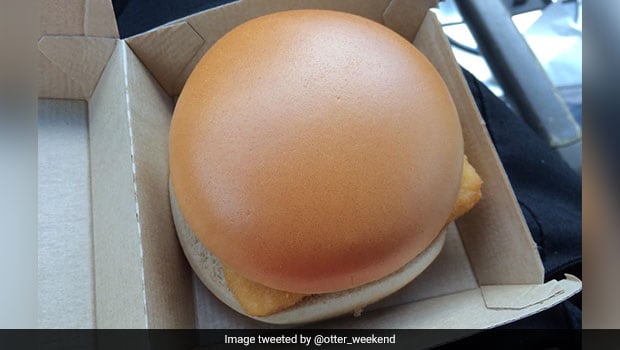 When it comes to bizarre and quirky content, Twitter is an entire universe. Every now and then, we see some or the other eccentric picture or video shared by Twitterati which goes viral and gets netizens rolling with mirth. A Twitter user took to the micro-blogging platform to share the picture of a shockingly perfect burger bun which she encountered. The amazing, idyllic burger bun stunned the internet with how perfect it was. Take a look at the tweet that the user shared:

The burger bun had absolutely no sign of any chinks in its flawless texture, and also seemed to be shining with a unique kind of light. "Drop that skincare routine," was what Twitter user @otter_weekend wrote while sharing the picture. The tweet got almost 400k likes and more than 50k retweets on the micro-blogging website.

Users responded to the hilarious picture with their own reactions. Some Tweeple assumed that it was a picture of a bald man's head, while other's thought it was Photoshopped. Most people wanted to know how the burger became so flawless giving them major skin goals, as they wanted to adopt the same routine for their skin too! Take a look at some hilarious reactions to the viral tweet.

Dude that bun is too perfect. Throw it out, it's spooky

That burger has better skin texture than most people out there

Steam also helps your skin. So there is your answer. Lol

People with good skin always have like 2 step routines. Meanwhile I have a 38484943 step routine and my face still looks like a mountain range

Eat it and absorb its powers

It's made of yoga mat

i want to use her as a beauty blender

that bun is clearer than my future...

What do you think of this unblemished burger bun? Tell us in the comments below!