Why Are Obese People At Risk Of Developing Hypertension? A Study Tells All

The researchers found out the actual molecules that were responsible for linking obesity to high blood pressure. 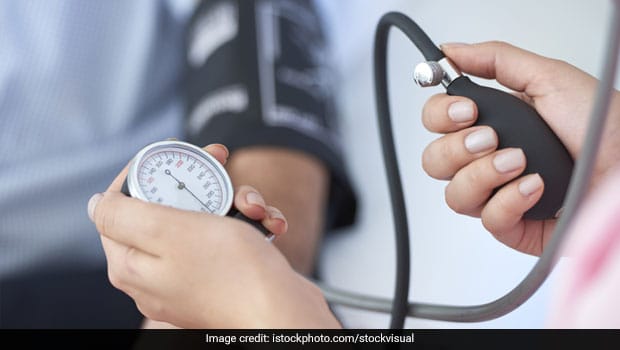 Obesity is linked to hypertension

Unhealthy eating habits and sedentary lifestyle are often blamed for causing hypertension. Obese people are most likely to develop hypertension because with excessive weight gain, blood pressure level may also increase. But, how and why does it really happen? It wasn't clear till recently when a group of researchers from Johns Hopkins University School of Medicine discovered the causal factor of the phenomenon. They found out the actual molecules that were responsible for linking obesity to high blood pressure. In the study carried out in mice, they realised that if this molecule found near the neck is rendered ineffective, it could lower down the blood pressure in obese mice.

Vsevolod Polotsky, M.D., Ph.D., professor of medicine at the Johns Hopkins University School of Medicine and a senior author of the paper said, “Obesity leads to a lot of bad cardiovascular outcomes, and a significant portion of those are related to poorly controlled blood pressure. We've identified what may be a new way to lower blood pressure in obese patients and improve these outcomes.”

(Also Read: Include These 8 Fruits In Your Diet To Regulate High Blood Pressure)

Obesity can cause hypertension

The researchers studied the effect of a molecule called leptin that is known to regulate appetite and metabolism in response to food and cause the feeling of satiation after a meal. With obesity, the body gradually stops reacting to the molecule and leptin level keeps on rising. It has been discovered in the past that high level of leptin causes blood pressure to shoot up. But, it wasn't clear why it happens in obese people who are resistant to leptin.

“Obesity leads to resistant hypertension and mechanisms are poorly understood, but high plasma levels of leptin have been implicated. Leptin increases blood pressure acting both centrally in the dorsomedial hypothalamus and peripherally,” said Vsevolod Polotsky.

The researchers during the study on obese mice found out that carotid body is required for leptin to cause hypertension. They also found out that (TRPM7) calcium channel that works as the signalling molecule in the carotid body could be held responsible.

The findings of the study can help medical professionals devise treatments that target these molecules in obese people to protect them from hypertension.