'Are You Really Going to Eat That?' Yes, and it's Nobody Else's Business 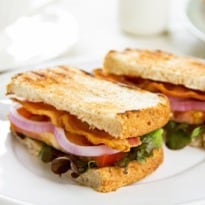 After I retweeted the story, sent to the Everyday Sexism Twitter handle, I received reply after reply from other women, all detailing the same strange encounter. In each instance, a woman, about to consume some item of food, was suddenly and inexplicably confronted with unsolicited advice, usually from a male stranger, about the impact said morsel might have on her looks.

The instances vary, but only slightly. In most cases, the exchange is strikingly uniform. The message, in almost every case, is crystal clear: as a woman, your body is public property and fair game for comment, instruction and policing.

This was so blatant, in fact, that in some cases the men even cited specific societal "requirements" and assumptions about women's bodies in their comments:

Others quite openly made it clear that they felt a woman's food consumption should be based entirely around how it might impact on her attractiveness to men:

This, really is the key. That so many women have reported this frankly quite incredibly patronising experience, is testament to the strength of the myth that a woman's physical form exists, above all else, to titillate men. It's the same mistaken assumption that lies behind the command to "give us a smile", or the belief that a woman in a low-cut top must be looking for male attention.

As incredible as it seems, some women actually experience moments in their lives when their entire sentient being isn't focused exclusively on providing men pleasure. They might wear a strappy top because they are hot, for example; eat a burger because they are hungry; or drink a diet soda because they quite like the taste. Explosive revelations, I know.

You might laugh, but for some, the belief that a man has an automatic "right" over the body of any woman he encounters in a public space is worryingly ingrained. Take, for example, this woman's account:

This issue may not sound like a big one, but in fact it is closely interwoven with deeply damaging societal norms about women's bodies. The unrealistic and objectified images of women we are bombarded with daily already have a huge impact on women's body image and self-esteem. We know that girls as young as five are worrying about their size, and that a quarter of seven-year-old girls have tried to lose weight (PDF). In a world in which many women experience near-constant anxiety about their bodies, having somebody you have never met before make a loaded comment about your weight just as you are on the point of eating something can be horribly unsettling. Several people tweeted that such encounters can trigger people who have had eating disorders. Others said it left them feeling too judged and uncomfortable about eating in public.

Even when the comment doesn't directly reference weight, there is a heavily implied sort of disgust or shock at the idea of a woman eating:

And, of course, as with so many other impossible standards, women simply can't win:

The normalisation of this bizarre belief that a woman's choice of lunch is a public matter is exacerbated by its reflection in the media. "Not a model meal" crowed one Daily Mail headline, after Helena Christensen had been caught in the shocking act of eating a sandwich. "Pregnant Kim Kardashian succumbs to cravings and gorges on burger and chips" shrieked another headline, after the then-pregnant reality star stopped the press by having lunch. And of course, the words drip with the implicit greed of the women - Christensen "feasts", Kardashian "gorges". The close connections with body shaming are there too - the Mail solemnly warns that Christensen "had better be careful with her eating habits in the future" in case she ruins her model figure (reminder: she ate a sandwich). And in case we weren't all completely clear that attracting men is a woman's sole function, and that it's only our bodies men are interested in, it even continues: "She could end up losing the famous 35-24-35 measurements that have made her the toast of men everywhere, including her current partner, Interpol frontman Paul Banks." Summary: woman eats sandwich, may get dumped by husband for getting fat.

One can only hope that the world will eventually come to terms with the shocking revelation that women do, in fact, eat meals, so that such vital headlines may one day become a thing of the past. In the meantime, I'd suggest following the excellent example of these tweeters: