Expensive Running Shoes are No Better, and Often Worse, than Cheaper Ones 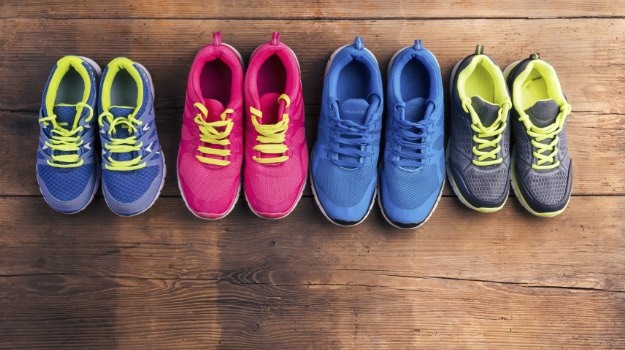 Your choice of running shoe is a very personal decision. You've got to balance how well they protect your feet and legs with how they fit, how heavy they are and, yes, even how they look. I've run in almost nothing but Asics for many years, and I bet you have a personal favorite that you buy again and again. But if you want the closest thing to an objective look at quality and cost, a Danish website called runrepeat.com has crunched the numbers from nearly 135,000 consumer reviews it gathered over a year, along with the suggested retail price of most of the popular brands. The biggest surprise: The higher the price, the lower the rating in many cases. In fact, the 10 most expensive running shoes, with an average list price of $181 per pair, were rated 8.1 percent lower than the 10 cheapest models (average price $61).

"If money is a matter to you, you will not get more in expensive running shoes," says the website's founder, Jens Jakob Andersen. "Affordable mid-range running shoes are very nearly the same as expensive running shoes." That doesn't mean that you should buy $15 running shoes at a department store. Those will almost surely cause you injuries. But Andersen believes that running shoe makers have poured so much money into marketing in their battle for a slice of a multibillion-dollar market that we don't know what's real any longer. According to Running USA, 46.25 million pairs of running shoes were sold in 2013, at a cost of $3.09 billion.

Most of the shoes reviewed did reasonably well. "Runners are pretty satisfied with the shoes they buy in general," Andersen says. But that also highlights the fairly large satisfaction gap between high- and low-priced shoes. "When you spend more, you expect more," Andersen says in trying to explain why expensive shoes may have disappointed some purchasers. "... But you should not expect to be less satisfied spending more money. Runrepeat bills itself as the Yelp of running shoes. Andersen says he takes no money from any company, funding the site himself. There are no ads.

So which brands come out on top? Skechers, Saucony and Vibram FiveFingers took the three spots on the podium, while Reebok, Adidas and Hoka One One brought up the rear. Whoa, whoa, whoa. Skechers? Seriously? I know that elite marathoners like Meb Keflezighi and Kara Goucher are wearing them, but I had no idea they were that popular. "What Skechers are doing great is that they don't do the really high premium running shoes," Andersen says. "They are the running shoe brand for moms." As for Vibram FiveFingers, well that's a shock, too. The company agreed to pay $3.75 million in refunds after settling a lawsuit that claimed there was no scientific backup for the assertion that the converted boat shoe reduced injuries and strengthened foot muscles. (Skechers paid a much larger refund, by the way, in a similar situation.) On the other hand, they have allowed many people who suffer injuries in regular running shoes to get out on the roads again.

As for the bottom, I was very surprised to find Hokas there. The pioneer of the current fat-sole boom is a hot item right now. Ultra-marathoners swear by them, and lots of people are wearing them on the roads. Andersen speculated that as a relatively new entry to the mass market, Hoka still hasn't hit its stride, so to speak. Some of the shoes are beloved, others are hated and the company (owned by Deckers) will probably sort that out in years to come. A spokeswoman for Skechers declined to comment, and a spokesman for Hoka One One did not return my telephone call seeking a response.