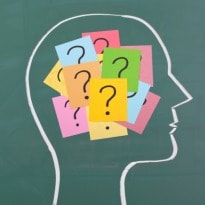 University of Pittsburgh researchers have now determined that healthy young adults aged between 18 and 25 years can improve their working memory even further by increasing their Omega-3 fatty acid intake.

"Before seeing this data, I would have said it was impossible to move young healthy individuals above their cognitive best," Bita Moghaddam, project investigator and professor of neuroscience at Pittsburgh, was quoted as saying by the journal Public Library of Science One.

"We found that members of this population can enhance their working memory performance even further, despite their already being at the top of their cognitive game," added Moghaddam, according to a Pittsburgh statement.

Led by Rajesh Narendarn, project principal investigator and associate professor of radiology, the Pitt research team sought healthy young men and women from all ethnicities to boost their Omega-3 intake with supplements for six months.

Before they began taking the supplements, all participants underwent positron emission tomography (PET) imaging, and their blood samples were analyzed.

They were then asked to perform a working memory test in which they were shown a series of letters and numbers.

The young adults had to keep track of what appeared one, two, and three times prior, known as a simple "n-back test".

After six months of taking Lovaza - an Omega-3 supplement approved by the Federal Drug Administration - participants were asked to complete this series of outpatient procedures again. It was during this last stage, during the working memory test and blood sampling, that the improved working memory of this population was revealed.

Promoted
Listen to the latest songs, only on JioSaavn.com
"It is really interesting that diets enriched with Omega-3 fatty acid can enhance cognition in highly functional young individuals," said Narendarn.

"Nevertheless, it was a bit disappointing that our imaging studies were unable to clarify the mechanisms by which it enhances working memory."