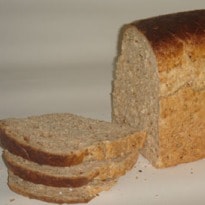 One in four now try to avoid the protein, believing they have an allergy. But there is no definitive test for gluten sensitivity.

Gluten-free diets are soaring in popularity, especially in the US where USA Today reports that up to one in four people seek out gluten-free foods. Gluten is a protein found in grains such as wheat, barley and rye and is present in some of our favourite foods, including bread and pasta.

An autoimmune response to gluten is the cause of coeliac disease - a condition with a strong genetic component that causes chronic diarrhoea, weight loss, anaemia and osteoporosis. It is diagnosed by measuring antibodies and taking a tiny biopsy from the bowel. Earlier this year a group of coeliac specialists put together a consensus paper arguing that people could be sensitive to gluten without having the disease. Celebrities such as Miley Cyrus are encouraging their followers to embrace gluten-free foods, and the popular book G-Free Diet claims that avoiding gluten is healthy and can help you lose weight. And who doesn't know someone who complains that bread gives them cramps, makes them bloated and tired? Is it better to cut it out?

An opinion piece in the BMJ this week warns people against self-diagnosing with gluten sensitivity - for which there is no definitive diagnostic test. A person may actually have the more serious coeliac disease or they may falsely attribute their symptoms to gluten. A sensitivity to gluten is a diagnosis of exclusion - you should have tests to make sure it is nothing more serious. Cutting it out can restrict your diet and reduce your vitamin intake. The author of the BMJ article suggests that it is in the interests of the gluten-free food industry to push its products beyond the coeliac disease community. The authors of the consensus paper say: "Allergy is currently all the rage and it is well possible that many individuals are on gluten free diets for no sound medical reason."

There is some evidence that wheat used up until the middle ages contained less of what's called the 33-mer gluten peptide, thought to be most toxic to the human intestines. In Europe the average gluten consumption is about 10-20g a day. For some this may be overdoing it, increasing the sensitivity of their intestines. If you have symptoms that could suggest gluten sensitivity you should see your doctor. You could try eliminating it from your diet and seeing if you feel better - bearing in mind there is a strong placebo effect to cutting out foods. There is no evidence that such a diet reduces ADHD or helps you lose weight. Gluten-free foods may have more sugar and fat in them to make them palatable. So don't go faddy unless there's a good reason. And for most of us there won't be.

In Picture: Brown bread ... should you avoid or not? Photograph: Simon Leigh