What Happens When You Mix Energy Drinks with Alcohol 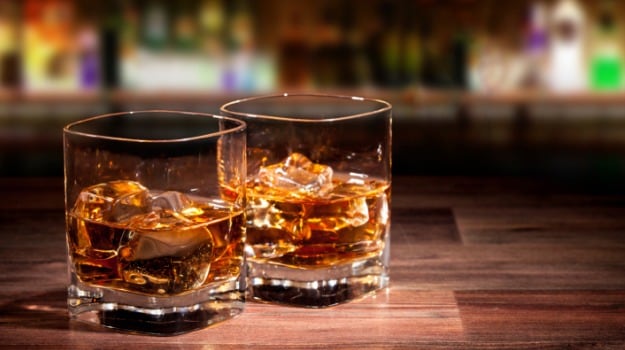 Translucent and neon coloured energy drinks are marketed towards young and middle aged people promising them a rush of energy and a taste for adventure sports. Even though their popularity has soared ten-fold in the last few years, they remain largely misunderstood.

Doctors and researchers have warned people of the dangers of drinking caffeinated energy drinks over and over again. Research shows that they can change the way the heart beats which means rapid heart rates, palpitations, rise in blood pressure and in some severe cases, seizures or even death. They can also cause the body to lose all its water, dehydrating you in the process.

(Energy drinks can affect your heart)

Another 2014 study said that a certain energy drink has as many as 13 teaspoons of sugar and the equivalent caffeine of two cups of coffee! A study published in the British Journal of Nutrition claimed that energy drinks also cause insomnia and nervousness.

As the exhaustive list of the health hazards of energy drinks goes on, we have a new problem - What happens when you mix energy drinks with alcohol?

In 2014, an Australian study that was published in 'Alcoholism: Clinical and Experimental Research' found that mixing vodka with energy drinks makes you want to drink more. Another weird fact the study revealed was that people who consumed energy drinks had lower breath alcohol concentration - so in a way, energy drinks mask the smell of alcohol. Researchers believe that this could have had something to do with the high sugar content and carbs that the drink has.

A new study published in the journal Advances in Nutrition says that the alcohol and energy drink combination isn't just a personal risk, but a public hazard. Cecile Marczinski, professor of psychology at Northern Kentucky University was quoted saying, "When people mix energy drinks with alcohol, people drink more than they would if they had just consumed alcohol, which is associated with a cascade of problems."

There is an increased risk of engaging in risky behaviour like drunk driving. The high amount of caffeine makes a person behave more coordinated which makes them believe they're not actually drunk. Marczinski also cited a study which said that those who mixed alcohol with energy drinks were four times more likely to believe they can drive home when compared to their counterparts who drank alcohol alone. This paves way to road accidents and endless mishaps.

Alcohol with energy drinks is a disaster waiting to happen. Energy drinks don't come with a health warning but experts believe they should. In fact, in May last year, the American Medical Association called for a ban on the marketing of energy drinks to children and teenagers. Energy drink makers were quick to defend themselves and one of the brands said that they've always committed to ensuring that all of the ingredients in its energy drinks, including caffeine, are safe and in regulatory compliance for their intended use.

(Energy drink makers on the defense)

The debate about whether energy drinks and alcohol make a good combination or not remains inconclusive but what we can all do is to be more mindful of what we give our body.