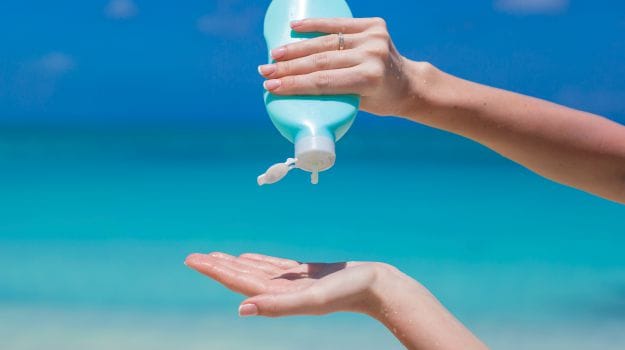 Scientists have used natural sunscreen of algae to develop a novel shield against the sun's rays that could protect not only people, but also textiles and outdoor materials. Inspired by the strategy developed by fish, algae, and microorganisms exposed to ultraviolet (UV) radiations in confined ecosystems, the researchers constructed novel UV-protective materials that exclusively consist of natural compounds.

(Summer Skin: How to Treat an Uneven Tan)

Existing sunblock lotions typically work by either absorbing ultraviolet rays or physically blocking them. A variety of synthetic and natural compounds can accomplish this. But most commercial options have limited efficiency, pose risks to the environment and human health or are not stable.

(Don't Get Burned: Your Guide to Buying Sunscreen and Home Remedies)

To address these shortcomings, Vincent Bulone and Susana C M Fernandes from the Royal Institute of Technology (KTH) in Sweden, and colleagues looked to nature for inspiration. The researchers used algae's natural sunscreen molecules, which can also be found in reef fish mucus and microorganisms, and combined them with chitosan, a biopolymer from crustacean shells.

Testing showed the materials were biocompatible, stood up well in heat and light, and absorbed both ultraviolet A and ultraviolet B radiation with high efficiency. Chitosan was chosen as the matrix for grafting mycosporines and mycosporine-like amino acids as the functional components of the active materials.

"Here, we show that these materials are biocompatible, photoresistant, and thermoresistant, and exhibit a highly efficient absorption of both UV-A and UV-B radiations," the authors wrote in the study. "Thus, they have the potential to provide an efficient protection against both types of UV radiations and overcome several shortfalls of the current UV-protective products," they wrote.

In practice, the same concept can be applied to biopolymers other than chitosan and used to produce multifunctional materials, according to the researchers. Therefore, it has a great potential to be exploited in a broad range of applications in living organisms and nonliving systems, they said. The study was published in the journal ACS Applied Materials & Interfaces.