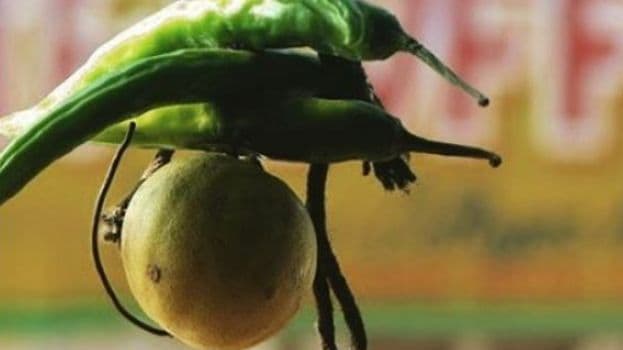 Highlights
India is a land of many beliefs and as many superstitions. Did you secretly wait to sneeze again after the first one to start off on a journey? Or do avoid to cut your nails on Tuesdays? You may have hoped for a black cat to not cross your path at least once in your life. Some age-old superstitions have been so deeply ingrained in our mind and in our heart since childhood that we often tend to given in to these beliefs to try our luck. Here are top 7 superstitions related to food that all of us may have believed in or perhaps still do.

1. Eating curd before heading out for an important task

Remember the days when your mother would feed you a spoonful of curd and sugar for good luck before you head out for an exam or an interview? The age old practice has been explained in the Vedic scriptures with a rather convincing logic. When you are tensed, it can take a toll on your stomach too. Yogurt is a probiotic and has a cooling effect while a little bit of sweetness has always known to be soothing.

2. Hanging lemons and 7 green chilies outside shops
You must have spotted the combination of lemons and chillies tied outside the gates of shops. Sour and pungent foods are used to keep evil energies away and prevent them from entering your space.
We don't know how true that is but this age old belief may help keep the pests away! The cotton thread used to pierce the chillies and fresh lemons absorbs the acid from the fruit and the aroma it spreads helps in keeping the insects away.

3. Twin yolksThere is a belief that when you break an egg and find two yolks instead of one, there a prospect of having twins or a wedding happening in the family. Also, it is said that when you break your egg shell, make sure you crush the shells well, and discard them else you may invite evil energies - another popular belief.

4. Spilling salt
A number of superstitions are associated with salt. People say that spilling salt bring brings bad luck. It is also said that salt should be dissolved in water before discarding. Salt should also be contained in bottles or similar containers, salt kept in a bowl is said to absorb negative energies.

Similar to salt, spilling of milk is also not considered a good omen. But did you know that it is also considered inauspicious to lend milk after the sun sets? In the pastoral and farming community it is believed that this reduces the milk produced by the cattle.

6. Keeping turmeric in a red cloth

Listen to the latest songs, only on JioSaavn.com
Turmeric is one of the most significant condiment in the Indian box of spices. As far as superstitions are concerned, turmeric is known to ward off negative energies. People may tie some turmeric powder in a red cloth and keep it at various corners to protect their house from the evil eye.

Another sacred ingredient amongst Hindus is ghee. It is believed that instead of oils, lighting diyas with ghee can bring in positive energies, and keep the evil energies away.

CommentsWhether or not you believe in them, these interesting traditions do offer some food for thought. Tell us some of your food superstitions that you believe in.