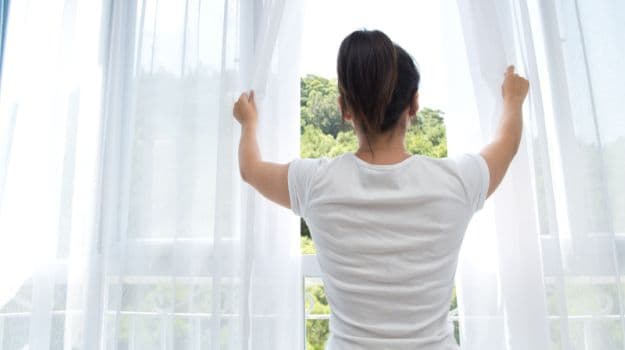 At least 76 per cent of the offices and homes in Gurgaon have poor air quality which leads to various respiratory diseases, a survey revealed. According to the survey by Artemis Hopsitals, as the particulate matters of the air indoors were finer then outdoors, the children and women were most prone to respiratory diseases as they remained indoors more in comparison to the men.

At least 31 per cent of people suffer from various respiratory diseases due to the unhealthy air quality in this Delhi's suburban city in Haryana. The World Health Organization said low-and middle-income countries in Southeast Asia and Western Pacific regions had the largest air pollution-related burden in 2012, with a total of 3.3 million deaths linked to indoor air pollution and 2.6 million deaths related to outdoor air pollution.

During the study, the office complexes belonging to automobile, information technology and manufacturing units were surveyed. Survey of individual houses was done across the residential places like Sushant Lok, Nirvana, Sector 4 and DLF phase 3 in Gurgaon. The study said 47 per cent of Gurgaon based people have also been found with symptoms of respiratory diseases, including Chronic Obstructive Pulmonary Disease (COPD).

"We should be aware of both outdoor as well as indoor air pollution. In Gurgaon the situation becomes bad due to the ongoing construction work and vehicular pollution," said Himanshu Garg, head of respiratory and critical care at Artemis Hospitals.

Vijay Kannan, Founder of CLAIM, said: "Survey is yet another effort to draw peoples' attention towards hazards of increasing air pollution on their health. As per different studies indoor air quality is more dangerous than outdoor pollution. Since we spend more time indoors, naturally the risk associated with indoor air is more."