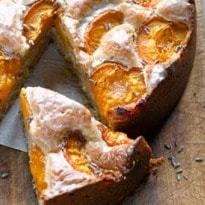 Elsewhere in the world, stone fruit of all kinds are revered, but only the plum gets that kind of treatment in the UK.

You'd never catch me having fruit at the end of a great meal. Fruit in a cake or trifle, maybe. Sweet pears to accompany a grand cheese, quite possibly. But plain fruit, or even a fruit salad, don't put a proper full stop to a series of savoury delights. Give me half a bar of dark chocolate any day.

The exception to this rule came at my one and only visit to Chez Panisse, the Californian mecca of a restaurant run by Alice Waters. For pudding, I was presented with some Santa Rosa plums served whole in a bowl of ice with just a fruit knife for company. Succulent, fragrant and acutely sweet, those plums seriously dented my chocolate pangs.

Elsewhere in the world, stone fruit of all kinds - peaches, apricots, nectarines - are revered, but only the plum gets that kind of treatment in the UK. "We all probably have some kind of romantic view of plum orchards," writes Jane Grigson in her Fruit Book, "an old one in Gloucestershire or Hereford, the trees crooked and slightly mossy, the branches laden and bending down with bright red and golden drops."

Though Grigson goes on to point out that our best-known plum, the Victoria, is far from the fairest of them all, there's still a sense of mystery and history around the British plum. To mention a few that are great to eat just as they are, we have Burbank, Black Amber, Early Transparent, Reine-Claude, Oullins, Marjorie's Seedling, Warwickshire Drooper, Byranstone Gage and Denniston's Superb... They sound like school house names at Hogwarts.

The Victoria, meanwhile, is better to bake with, simmer into a compote or turn into a chutney. Other varieties that benefit from cooking include the Blue Tit, Mirabelle, Quetsch and Czar. One of the easiest ways to cook plums is to poach them into a compote sweetened with sugar or honey; and roasting intensifies that gorgeous flavour. However you cook them, if you plan to puree the fruit, remove the skins; otherwise, leave them on for extra texture.

The acidity in plums means they also work well in savoury dishes, particularly with fatty meats such as goose, duck or pork belly and oily fish such as mackerel. Try turning a surplus of ripe plums into a relish by simply stewing the fruit in a saucepan with some chopped chilli, sweet spices, vinegar and sugar.

The cake mix for this deconstructed cheesecake needs to set for 24 hours before serving, so you'll need to plan ahead. While you're at it, you may as well make the compote and crumble mix ahead of time, too, so all you'll need to do on the day is plate and serve. Serves eight.

Put the cream cheese, mascarpone and 100g of the sugar in the bowl of a mixer and beat on a medium speed until soft and smooth. In another bowl, whisk the cream to soft peaks, then gently fold the whisked cream into the cheese mix, together with the lemon zest, until well incorporated. Transfer to a glass bowl (or even leave it in the mixer bowl), cover with clingfilm and refrigerate for 24 hours.

Put the oil and orange skin in a small saucepan and place on a medium heat. When the orange starts to sizzle, remove the pan from the heat and leave the oil to cool with the orange skin immersed.

Put the plums, the remaining sugar and the lemon juice in a medium saucepan and cook on medium-low heat for about 30 minutes, until it takes on the consistency of a compote (ie, not too thick; you want it a bit runnier than jam). Set aside to cool.

Heat the oven to 170C/335F/gas mark 3. For the crumble, put the flour, sugar and half a teaspoon of sea salt in a small bowl and, using your fingers, rub in the butter until the mix resembles breadcrumbs. Mix in the hazelnuts and sesame seeds, lay out the crumble on a oven tray in a thin layer and bake for 15 minutes. Remove and leave to cool, then break up, again with your fingers.

Lavender combined with apricots and walnuts - it's like Provence in a cake. Serves eight.

Heat the oven to 170C/335F/gas mark 3. Put the butter, oil, sugar and almonds in the bowl of a mixer and beat on a medium-high speed until light and fluffy. Add the eggs bit by bit, making sure each addition is well incorporated before beginning the next, then fold in the walnuts, flour, vanilla, lemon zest, a teaspoon of lavender flowers and an eighth of a teaspoon of salt.

Line the base and sides of a 23cm cake tin with greaseproof paper. Pour in the cake mix and use a palette knife to level it out. Arrange the apricot halves skin side down and slightly overlapping all over the top of the cake, taking them right to the edge.

Bake for 70-80 minutes - cover with foil if the top starts to brown too much; also, note that when you insert a skewer to test for doneness, it will come out a little sticky because of all the moisture in the apricots.

While the cake is baking, whisk together the icing sugar and lemon juice until you have a light, pourable icing (adjust the amount of sugar or juice slightly, to suit your tastes). As soon as the cake is cooked, remove from the oven and brush the icing all over the top. Sprinkle over the remaining lavender flowers and set aside to cool.