Akshay Kumar gifts Twinkle Khanna earrings made out of onions, which were apparently taken from Kareena Kapoor Khan on the sets of The Kapil Sharma Show. 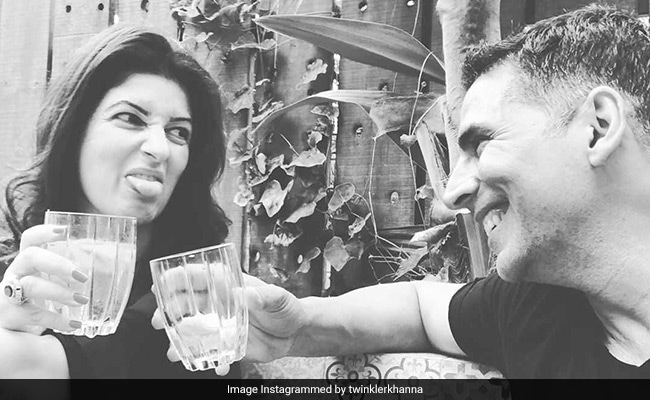 Twinkle Khanna shared a picture of 'onion earrings' on her Instagram

As the country grapples with the soaring prices of onions, the internet has become a handy medium for many to vent, agitate and make memes about the exorbitant rates at which onions are being sold. Just when you thought you had seen it all on the internet, Bollywood actor Twinkle Khanna shared a picture of 'onion earrings' on her Instagram account. The earrings made out of onions were gifted to her by her husband Akshay Kumar; who apparently took them from Kareena Kapoor Khan, is creating quite some buzz online. Akshay Kumar also won the #bestpresentaward from Twinkle Khanna for the same. Akshay Kumar, who will be seen in the movie 'Good Newwz', was shooting a promotional episode for the same on 'The Kapil Sharma Show'. In one of the segments of the comedy show, Kareena Kapoor Khan was being shown these earrings made of two small onions. The peculiar piece of jewellery impressed Akshay so much that he decided to take it home for his wife Twinkle Khanna.

Twinkle Khanna wrote in her caption, "My partner returns from performing at the Kapil Sharma show and says, 'They were showing this to Kareena, I don't think she was too impressed, but I knew you would enjoy them so I got them for you.' Sometimes it's the smallest things, the silliest things that can touch your heart. #onionearrings #bestpresentaward."

'Good Newwz' is all set to release on 27th December this year. One of this year's most awaited releases, 'Good Newwz' stars Akshay Kumar, Kareena Kapoor Khan, Diljit Dosanjh and Kiara Advani in the lead. The trailer of the movie has generated quite a buzz. The movie revolves around the issue of IVF.